Born in New York in 1966, with wit, irony, inventiveness and teamwork, in his workshop Tom Sachs creates breathtaking sculptures based on the idea of the American Way of Life and the glittering world of consumer goods. His objects are confidently crafted so that the crafting process and the places where glue has been used are still visible, thereby showing the observer the abysses and downsides of reality. Sachs' objects criticize today's fashion- and street-style culture and scrutinize the actual value of the icons of American culture.

Since 1990 Sachs has been analysing manipulative marketing in our daily lives and has been dealing with society's approach to luxury goods. Based on this work he distorted corporate designs such as bags and packing material of brands like Hermès, Tiffany&Co, Prada, Chanel or even McDonalds. His work often looks like finicky crafts made from cardboard, his work is not technically perfect, sticky tape and white marks subvert precision. His work ranges from giant Hello-Kitty-objects to chainsaws and guillotines with the Chanel brand-name.

When Sachs exhibited hand-made guns and a functional airplane toilet at Mary Boon in 1999, the visitors were given the opportunity to take nine-millimetre bullets out of a glass bowl at the exit of the gallery – as a little give-away. This was seen as “illegal distribution of ammunition” and New York's glamourous gallery owner Boone was lead away by the police in handcuffs. This night made Sachs a star. He exhibited “Nutsys”, named after a jewish bike-store in Berlin in 2003. In this installation remote-controlled race cars drive either through an American ghetto under fire or a “park” dotted with artwork. Here he combined two extremes, thereby confronting the observer as the ambassador of hedonistic society with an intelligent mix, masked by Sachs as an amusing gimmick, that is hard to stomach.

Sachs studied at the Bennington College in Vermont and at the famous London ArchitecturalAssociation. He worked for Frank O. Gehry as an architect before working for the English star architect Tom Dixon. He won the ArchitecturalAssociationFurniturePrize in 1987. Important solo-exhibitions are "Cultural Prosthetics" at the Morris-Healy Gallery in New York (1995) and "Nutsy's" at the The BohenFoundation, New York and the Guggenheim Berlin (2002/2003).

You can buy works by Tom Sachs in our shop. 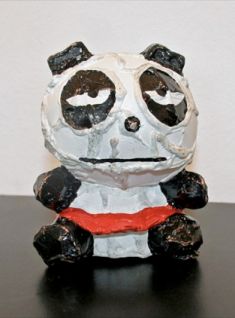 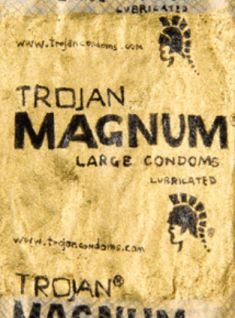 Skateboard, 2008 - AVAILABLE IN THE SHOP 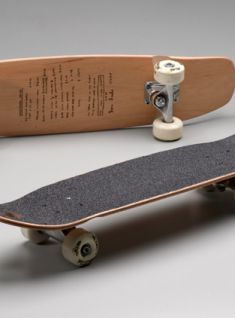