Susanne Rottenbacher's sculptures breathe the spirit of the kinetic art of the 1960s. In the early stages of her career she used the elements painting, light and time in the work with picture boxes, today transparent circles of light are the Berlin artist's trademark.

Rottenbacher combines these rings to installations with varying numbers of elements. They extend to the full ceiling height of the location and are to be understood as independent, self-contained sculptural installations.

Inside the transparent plastic objects a filigree wire structure is trimmed with small, coloured LED-lamps. The outside is painted with stripes of differing colour intensity, widths and density.

Rottenbacher was born in Göttingen in 1969 and began her career studying stage and light design at the Columbia University in New York and the Bartlett School of Architecture and Planning in London. After working as a stage designer at the Deutsche Oper Berlin she has been focusing on light art since 2004.

Rottenbacher's installations unfold their full potential in the public space, such as the Lichtparcours (light course) in Braunschweig in 2010. The rings exude a magical, almost psychedelic atmosphere at night when they shine as light- and colour-objects in the dark.

Hanging freely and in groups or put up in fixed ensembles,  the rings face the observer as figures that reach out into the space around them with varying direction, size and density.

You can buy works by Susanne Rottenbacher in our shop. 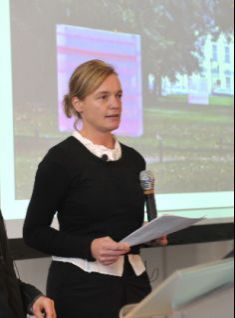 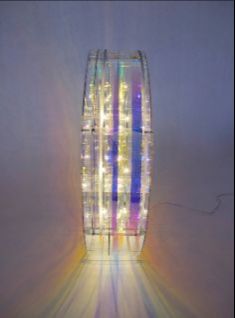 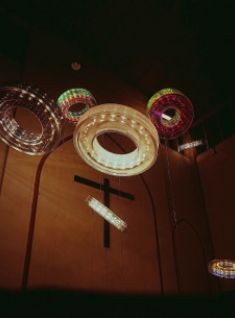 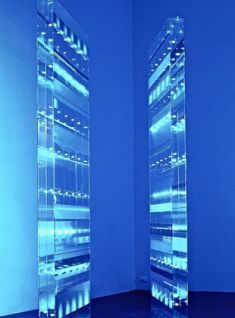