Ormond Gigli was born in New York in 1925. He became famous in the early 1950s with his photos of celebrities, mainly from the fields of theatre and dance. His works were published in numerous renowned magazines such as Life, Time, Paris Match and the Saturday Evening Post. Among the most famous personalities Gigli portrayed are the young Sophia Loren, Anita Ekberg, Marcel Duchamp, John F. Kennedy, Halston, Gina Lollobrigida, Diana Vreeland, Giancarlo Giannini, Marlene Dietrich, Judy Garland, Sir Laurence Olivier, Alan Bates, Richard Burton and many more. A great deal of his works has not been exhibited since publication, as Gigli was more active in film direction than photography in the following years. He is, beside his technical skills, famous for his ability to get his subjects enthusiastic for his photographic ideas. His charismatic personality brought him many assignments and Gigli likes to reminisce about copious anecdotes. The Broadway’s backstage areas were open to him, as were the private dwellings of celebrities.

Ormond Gigli - Girls in the Windows

Some of Gigli’s most well known images are the result of no concrete commission, such as “Girls in the Windows” from 1960. This iconic image is the product of a coincidence occuring during a house renovation on East 58th street, close to his own studio. Gigli managed to get a permit from the city administration on short notice and the shooting took place during the workers’ lunch break. 43 women stand in the window apertures, among them his own wife and the construction manager’s wife, models and friends of the photographer. During the 1970s and 80s, Gigli worked mainly in advertisement photography and travelled the world for his commissions. Today his works are highly sought after and represented in numerous galleries.

You can buy works by Ormond Gigli in our shop. 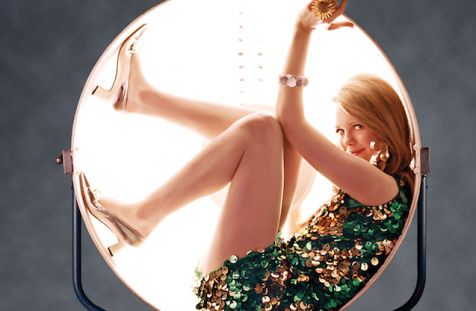