Contradictory, and poetically is the work of Marc Quinn British. Whether blood, ice, marble, glass, lead, gold, or even DNA, his choice of material is unusual and varied one. Known primarily as a sculptor, his work also includes paintings and drawings.Like his former roommate Damien Hirst, Marc Quinn is one of the Young British Artists (YBA). Born in London in 1964, he first studied history and art history before he became famous in the early 1990s as an artist.

Its wide-ranging work addresses two central themes: the mutability of the body and the opposition that constitutes life. Be it spiritually and physically, superficial and profound, spiritually and sexually. Other key topics include the genetic modification and mixed education.

With the sculpture "Self" in 1991 he caught the art world icy. A frozen version of his head formed from 4.5 liters of blood. Charles Saatchi bought it for £ 13,000, fourteen years later it was sold for £ 1.5 million to an American collector. He enlarged the dimensions of the frozen sculpture in 2000 with "Garden" - a walk-through installation of impossibly beautiful plants that will never fade because they were preserved in ice.

Quinn starts 2001 to integrate DNA into his works. In the National Portrait Gallery in London his portrait of Nobel laureate Sir John E. Sulston can be found. Here Quinn has worked with bacteria in agar jelly containing Sulston’s DNA. In "DNA Garden" he handled with the DNA of 75 plants and two people - a reenactment of the Garden of Eden on a cellular level.

In 1999 he began a series of marble sculptures that thematize people with amputated limbs. The best-known work from this series is "Alison Lapper Pregnant". It represents a pregnant woman who was born without arms and with shortened legs. It was shown in 2005 on the fourth pillar of Trafalgar Square. "This is not a sculpture of Kate Moss as a person, but Kate Moss and the culture of our country. And that's for me sphinx-like. "With these words he commentated in 2008 the construction of the sculpture "Siren" in the British Museum in London. The heavy 50kg gold statue, which is estimated at a value of 1.5 million pounds, showed Kate Moss in a yoga position.

You can buy works by Marc Quinn in our shop.

Planet (Microcosmos), 2009 - AVAILABLE IN THE SHOP 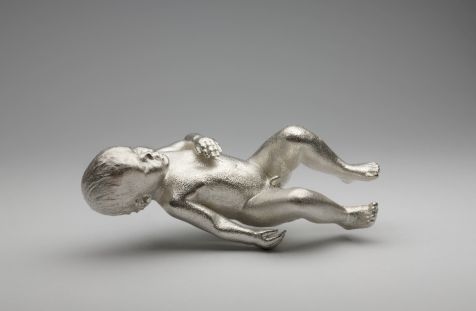 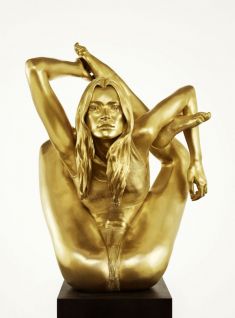 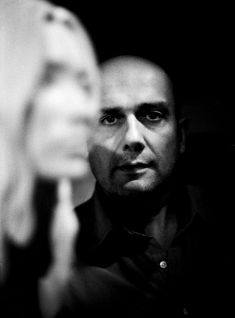