Keith Haring, the American "pop star" among the artists of the eighties, created in his ten-year period of creativity a visual language, which even the strongest critics of his art has burned today. Keith Haring's colorful stick figures appear as cups, T-shirt and poster design so commercial, like a piece of furniture from Ikea, and from there does not meet the aspirations of many arts - but right therein lies the strength and the value of his drawings.

Not a fad led to the posthumous use of Keith Haring's motives for mass products but his own drive to create public art. The trained graphic artist began in 1980 to paint blank billboards in New York City subway stations with his stick figures. With up to 40 drawings a day, Haring quickly sat a mark in the capital of art. Five years later the figures became brightly colored characters and not only are transferred on canvas. In his own "Pop Shop" Haring successfully sold clothing and household items that were also decorated with the familiar motifs. Also for social purposes, such as for education of AIDS and drug abuse, Keith Haring used his trademark. Keith Haring was surrounded by the people of Andy Warhol and Jean-Michel Basquiat, in the midst of the then New York's artistic elite. Keith Haring himself died in 1990 at the age of only 31 years at the new infectious disease of AIDS.

Keith Haring's works were already shown in 100 solo and group exhibitions, including Documenta 7 in Kassel or the Whitney Biennial in New York. The interest in his works of the most important museums of modern and contemporary art worldwide is still constant. Keith Haring's drawings are amongst others part of the collection of the MOMA in New York, the Albertina in Vienna, the Museum Ludwig in Cologne and the Museum of Contemporary Art in Hiroshima. The artist himself founded a year before his death the Keith Haring Foundation.

You can buy works by Keith Haring in our shop. 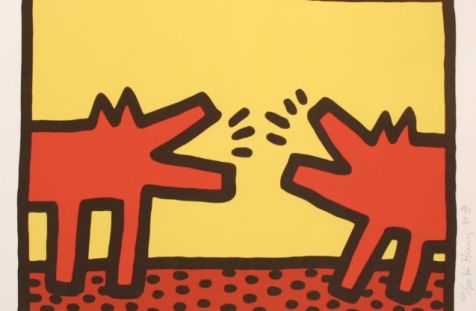 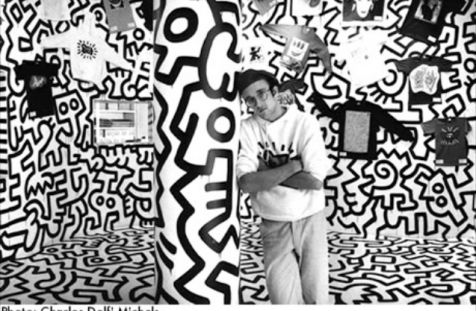