Erik van Lieshout (1968, Deurne, NL) is a Dutch artist Whose projects are multi-media installations encompassing video presented in Specially built video rooms / install tions, Often encircled by collages of drawings and paintings. In his work van Lieshout addresses a multitude of contemporary socio-political issues: such as multiculturalism, right-wingers, the position of minorities and outsiders as well as the modern consumer society. Van Lieshout looks at issues from a thesis radically personal point of view, putting himself into the actual environment at hand. But unlike a documentary filmmaker he Becomes of active player in the action. By Typically not Adapting to the general behavior of his surrounding hey Causes many humoristic situations but so provokes strong reactions of others. Van Lieshout Manages to hold a perfect balance in between revealing his own vulnerable self and at the same time cleverly disclosing the psychological core of social problems in others.  Erik van Lieshout Studied at the Academy of Art and Design in 's Hertogenbosch, NL and Ateliers '63, NL. His work HAS BEEN Widely internationally shown, featuring a large traveling solo exhibition at the Museum Boijmans van Beunigen, Rotterdam, Kunsthaus Zurich and Urban Galleries in Lenbachhaus, Munich. Recent solo exhibitions include the Museum of Modern Art, Frankfurt and the Hayward Gallery, London. 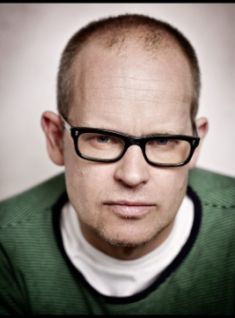 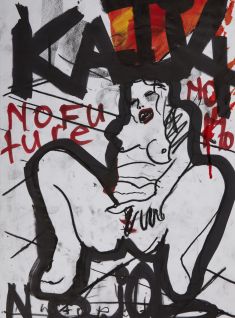