Since the year 2010, Andreas Hofer has called himself Andy Hope 1930.Through stage names he has created an alter ego for himself and adistance between his person and his work. What he tries to constructin his paintings is a "labyrinthine infinity"; he is interested infictional worlds located between past eras and what is yet to come.This in-between-ness is so important to Andy Hope 1930 because itkeeps his art from being assigned to any single place in time. Withthis in mind, he has created paintings, drawings, collages,sculptures, videos, books and installations.

The artist draws his inspiration primarily from the science fictiongenre, comics, and films. Hence the year 1930 as part of hispseudonym. It stands for the year in which it the first comic booksuperhero, Superman, was born in the U.S.A. This date may also beconsidered an "hour zero" in which modernity's artistic evolution cameto an end. Examples from this era are Edvard Munch, and KasimirMalevich, the founder of Suprematism-- a style which later influencedthe idiom of comic books. Even Hollywood icons have a place in theimagery of Andy Hope 1930. He uses this visual repertoire to generatea context within which historical and geographical landmarks forge newtemporal connections. Everything is about the dimension of time.

Born in 1963 in Munich, Andreas Hofer studied at the Academy of FineArts in Munich until 1997.

In 2005, the City Gallery of LenbachhausMunich hosted the artist's first solo museum exhibition. His works areto be found in important collections of contemporary art includingthose of the Centre Pompidou in Paris, the Rubell Family Collection inMiami, the Kopp collection in Munich, and the collection ofcontemporary art in Bonn in the Federal Republic of Germany. Andy Hope 1930 lives and works in Berlin.

You can buy works by Andreas Hofer in our shop. 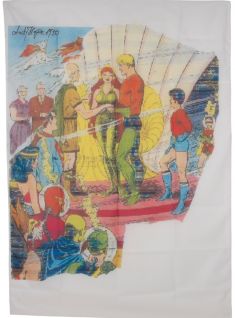 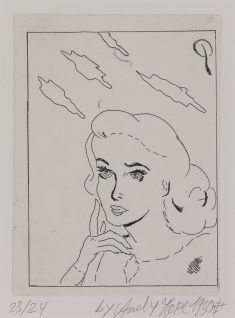 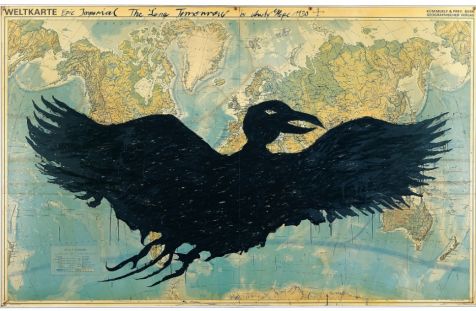