In his oil paintings and drawings, Yigal Ozeri depicts young women or couples surrounded by landscapes. The paintings feature a realism through which the psychological presence of the protagonist is keenly felt. Ozeri achieves this effect by means of photography and video initially, which constitute the templates for his later paintings and drawings. These are then transferred with countless tiny brush strokes onto canvas or paper.

Ozeris paintings and drawings depict the faces and bodies of young women stand together, naked, in fields of dense grass, or alone, in robes of transparent pink fabric or lace. Many appear as if in movie stills: looking up suddenly, unselfconsciously, with an ingenuous smile, or in the midst of moving through the lush surroundings. Others look at the observer bluntly, as if to challenge and unsettle him or her. Sometimes only parts of the body can be seen - a face, arms, legs, the shape of garments. In each of these paintings Ozeri captures the vulnerability of the female body. All of his figures are in the age of transition from young girlhood to mature womanhood. For the artist, the images represent the female aspect of his own soul: the anima, Carl Jung's concept of the eternal feminine. The presence of this psychological archetype is the hidden essence of his work.

His creative process begins with a trip to a green landscape, accompanied by a film or photo crew, where he arranges the young women into poses until he achieves exactly the desired result for his final composition. After selecting the initial motif, the painting process begins, and the result is a cinematic portrait of almost photographic realism. Like installations of conceptual art, Ozeri's carefully staged paintings reflect the high-definition realism that permeates modern forms of media like film and television, while his nearly invisible brush strokes, in the style of traditional trompe l'oeil painting, evoke the theoretical concepts of perception and illusion.

Yigal Ozeri has exhibited widely throughout Israel, Europe and the United States. His work is featured in many prominent collections such as those of the Albertina Museum in Vienna, the Hudson Valley Center for Contemporary Art in Westchester, the Kennedy Center for the Arts in Washington DC, the McNay Art Museum in San Antonio, the Nerman Museum in Kansas City , the Museum for Realism in Scheringa Spanbroek (Netherlands), the Tel Aviv Museum of Art in Israel, and the Jewish Museum in New York. The artist lives and works in New York City.

You can buy works by Yigal Ozeri in our shop. 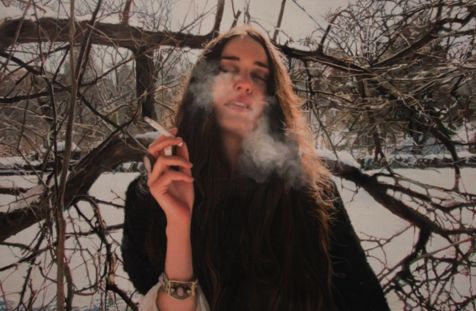 Untitled (Meghan in the Morning), 2011 - AVAILABLE IN THE SHOP 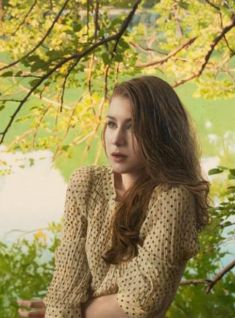 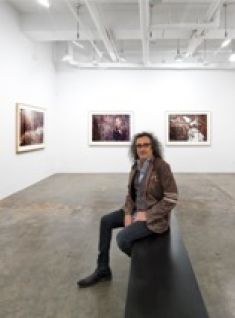