Werner Reiterer was born on April 25, 1964 in Leibnitz in Styria,
and Head of Graphics at the Academy of Fine Arts Vienna with Maximilian Melcher. He is a member of the Graz City Park Forum and the Vienna Secession.
Werner Reiterer lives and works in Vienna, he is i.a. Member of the Graz City Park Forum, the Vienna Secession and the German Association of Artists.
Werner Reiterer Responsibility for the international most successful domestic conceptual artists: whether a chandelier as a parking lot lighting or a flag at the district court as an oversized motion detector - Reiterer's works irritate and imitate everyday life in a humorous way.

The complex installations in the room, the sculptures, the photographs and the pictures, the rights and interests that bind the artist as a kind of pool of ideas.
But “three-dimensional ideas that cannot be implemented” can also be found in this work block of the drawing.

In his works, he is "about breaking up what belongs together, challenging the banal from everyday life, about the light-footed sabotage of our world trust striving for order", as stated in a catalog of Reiterer's works from 2000.

From a creative point of view, the drawings have a stronger formalism and the three-dimensional works use better, unlimited different materials and less.

Not the formal style is decisive here, also the establishment of a "style of thinking"

It is not the formal style that is decisive here, only the establishment of a “style of thinking” that primarily involves the perception of immaterial, sculptural fields.
And because Werner Reiterer's entire artistic approach is very close to people, these works can often speak or entertain, and those interested should stop how to set them. In short, the works are “human-like on a character level”. Due to the very interesting interactive level of the work, people are not only active as “living, sculptural material” in the conception and conception of the plant administration, but also in the administration of the plant.
Reiterer belongs to this mode of handling as "setting a place booth". The term placebo implies this with the idea of ​​the right placebo, which is able to simulate something, was not seen in real terms and with the artistic setting of a parameter that is in the perception of the interest, a new place. 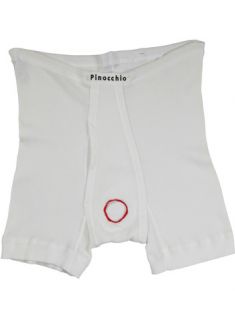