Wang Du has been recognised as a master of manipulating images related to the mass media. He is an iconoclast who re-appropriates and deconstructs the spectacular images of our contemporary society, especially those related to the logic of creation, consumption and manipulation of information, both textual and visual. In his often large-scale sculptures and installations, Wang Du turns some of the most spectacular moments propagated by the mass media into ironic and absurd forms. The artist has been quoted as saying "I organize my projects just like the media do with reality".

«Les Modes» is a series of five bronze sculptures based on oversized enlargements of five newspaper pages, representative of five different cultures and languages : Arabic, American, Russian, Spanish and Chinese. Wang Du likens gestures of everyday life (creasing, folding, tearing, throwing newspapers and papers) to sculptural gestures.Through the methods he uses, moulding clay and investment casting, Wang Du freezes and creates a tension between the ephemeral, volatile and fragile charateristics of information and the dull and monumental materiality of bronze.

Born in Wuhan, in Hubei Province, the son of a factory manager, Wang sketched and painted from a very young age. At the age of sixteen, he started working in mines and a steel company, while exercising his creative skills and ideas privately. In 1981, Wang enrolled  at the Guangzhou Institute of Fine Arts, but he left university in 1985, without graduating.

You can buy works by Wang Du in our shop. 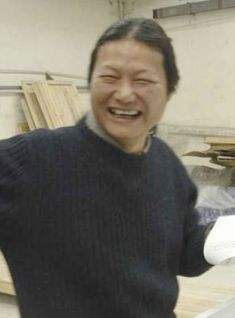 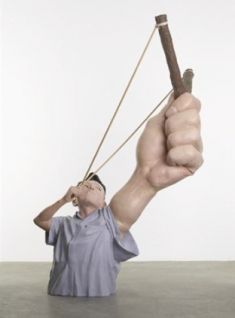 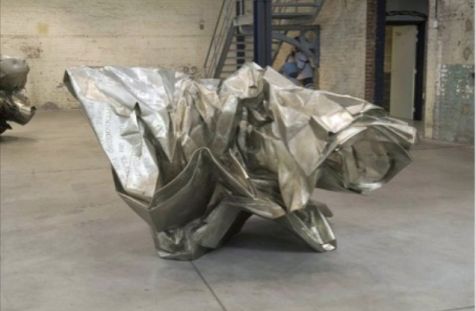