was painting and drawing since her early childhood .

Already at the age of 13 she has been to India for her first time, where the wide range of colours impressed her deeply.

Later she also travelled to South America and Africa.

2002/3 she was a student at the higher secondary vocational school of compostion, which she quit though.

Her father, with whom she lived, was seriously ill that time and she nursed him at home till his death. This had a strong impact in her life and she handled her grief and lost in her works of that time.

At the age of 22 she gives birth to her first daughter. By now she has three children.

She early found her own style. Her colorfull, often large sized paintings mostly show women or landscapes, which both appear inraptured, sometimes even extramondane and hold a strangely unique attraction. 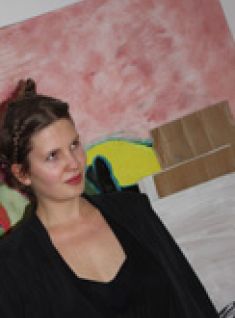 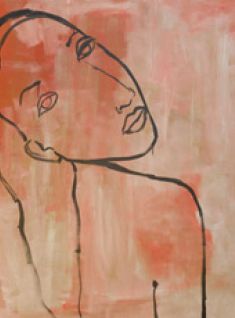