Thorsten Passfeld (*1975) is a painter and sculptor, he builds stage sets, produces animated films and music. He is the epitome of the multi-talent artist. Passfeld made a name for himself with the houses he built from waste wood all over Hamburg. In 2004 he built the 130-square-metre “Hoftheater Vier Linden” in the Hamburg district of St. Georg which hosted the theatre program of the German Theatre for ten days. One year later, in 2005, Passfeld created the dock pub “Zum Falschen Freund” (“The False Friend”) in the Hamburger Hafencity, which was only 15 square metres big and open for a month. As part of the project sculpture@CityNord he designed the station rest room “Zum letzten Anfang” (“The last beginning”) in 2006 and the hall installation “Erholungsheim für schuldbewusste Großstädter” (“Convalescence Home for guilty Urbanites”)  in the same year. In the summer of 2007 Passfeld built his largest “house” in the Hamburg district of Wilhelmsburg as part of the IBA summer of art and culture. The “Kirche des Guten Willens” (“Church of Good Will”) was 150 square metres big and open to different congregations, artists, bands and the inhabitants of the multicultural district. In the summer of 2009, Passfeld built a duplicate of the “Oberhafenkantine” in the Hamburg port. The duplicate is supposed to travel the world in containers.

All those imaginative buildings are furnished with great care for detail and meant to be demolished again. The disassembly is part of the concept. Even though working with wood is rather taxing, it is Passfeld's favourite medium due to its lack of glamour: “Most people do not even know me to be an artist, but think of me as a carpenter. Even my nephews think I was a builder.”

Passfeld was born in Dinslaken in 1975 and found his passion for art already as a child. Because he failed to get a place at university to study architecture, Passfeld instead began studying philosophy and Fine Arts in Hamburg after graduating from school and completing a year of voluntary social service. He continued painting until he began working with wood in his studio with led to bigger and bigger wood works. He first gained a reputation with his projects in the Hamburg literature and poetry slam scene. Exhibitions of his aggressively realistic paintings, several animated film and stage sets, for Schorsch Kamerun and Jaques Palminger among others, followed. He also worked in music video production. In 2006 he was commissioned to built an offshoot of the art fair Art Basel Miami at the beach, with a bar, chairs and tables. Passfeld called this work “Play With The Big”, the art publisher and collector Benedikt Taschen later bought it.

For now Passfeld has put his house projects on the back burner, the building works are burdensome and dangerous. Yet Passfeld does not plan to eschew the material wood. His current focus is on small, playful, gleefully witty wood objects and reliefs. Passfeld lives and works in Hamburg and makes music as part of the duo “Heimweg” together with Mike Lüdde.

You can buy works by Thorsten Passfeld in our shop. 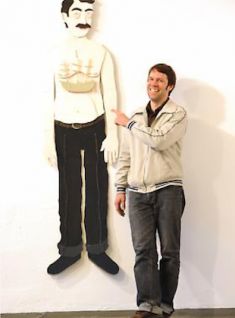 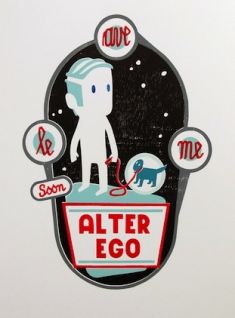 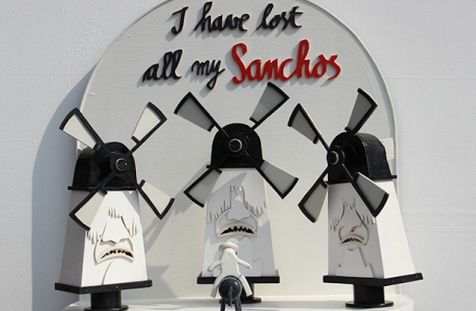 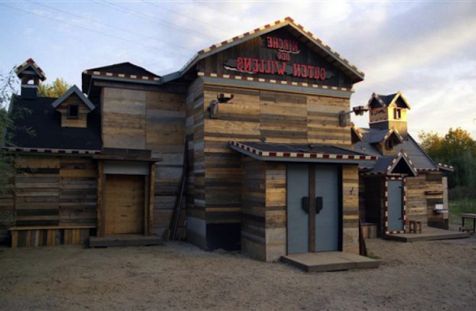