German photographer. He trained at the Düsseldorf Academy (1973–80). Bernd and Hilla Becher's direct documentary images of the industrial landscape, constructed through strict visual procedures, had a strong influence on Struth's later methodology. His first exhibited works were black-and-white images of streets in Japan, Europe and America, highly constructed and carefully framed images that recall the topographical vistas of Paris by the 19th-century photographers Eugène Atget and Charles Marville. These works communicate what is both specific and yet unremarkable about urban space and raise questions about objectivity –Sachlichkeit – in photography. In the mid-1980s, after a period of collaboration with the psychoanalyst Ingo Hartmann studying family snapshots, Struth embarked on a series of portraits of individuals and family groups, using the same type of large-format view camera that he had used for his architectural work. These works were again highly constructed, urbane portraits, showing character but not revealing personality. Through his work with portraiture, Struth developed an interest in Renaissance painting, which eventually led to the series of photographs for which he is best known, the Museum Photographs. Works such as Art Institute of Chicago, I (1991; see 1993–4 exh. cat., p. 57) set up a relationship between the viewer and the painting. Other works, such as Stanza di Rafaello II (see 1993–4 exh. cat., p. 61), show a frenetic blurred crowd that underlines the relationship between the viewer and the painting. In 1993 Struth became a professor of photography at the Staatliche Hochschule für Gestaltung, Karlsruhe. 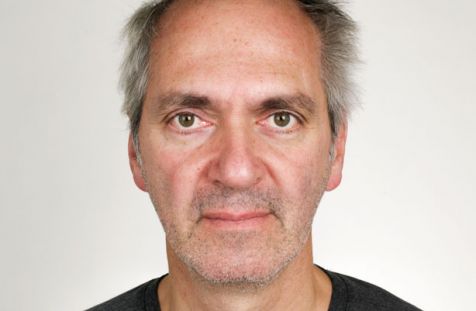