The German artist Thomas Ruff is one of the best-known and most influential artists of conceptual photography. Ruff helped his subject photography have a equal place next to painting.

Born in 1958, Thomas Ruff who was taught by Bernd and Hilla Becher newly defined photography: His work shows expressionless faces in “Portraits 1983-1987”, seemingly alien buildings in “w.h.s.10 (from l.m.v.d.r)” (2004) and pornographic scenes, for example “Nude (motif 0041)” (2001). These examples are only a fraction of Thomas Ruff's wide range of pictures. His photographs seem lifeless, anonymous and entirely distant from the subjects they depict, they do not allow to be clearly interpreted. Thomas Ruff objects to the myth that photography is a direct depiction of reality, he leads the observer away from overly shallow viewing.

At the same time, Thomas Ruff chooses tools beyond the conventional. Thomas Ruff is among the first to use analogue and digital cameras as well as computers and collected newspaper articles. Yet precision, high quality and aloof beauty make his work captivating.

The German artist's work has been exhibited in the Tate Modern, the MOMA San Fransisco, the Metropolitan Museum New York and the Haus der Kunst in Munich. Some of Thomas Ruff's art pieces can be found in the public collection of the Museum of Contemporary Art in Chicago, the Centre Pompidou, the Kunsthalle Hamburg and the private collections of Paul Maens and the Cal Cego Collecion in Barcelona.

You can buy works by Thomas Ruff in our shop. 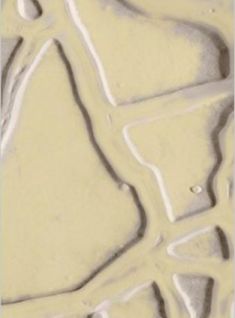 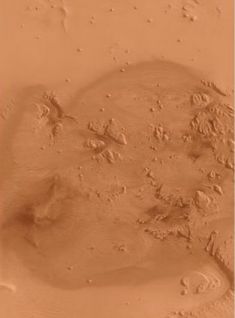 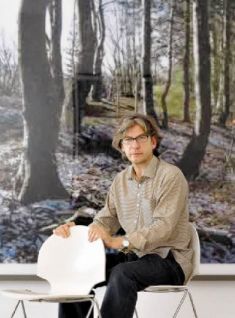 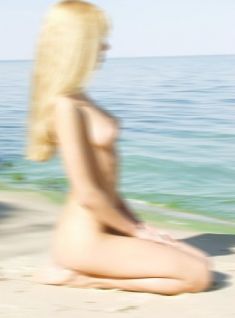