Thomas Hirschhorn, who among the most provocative and innovative artists of contemporary art, prefers sophisticated assemblage, which grabs a room; chaotic, unclear framework employing ordinary, but powerfully symbolic materials. In the process references to fashion, art, politics and philosophy strike up a contrasting mixture.

Hirschhorn’s room assemblages are enactments of the unperfected; wild landscape associations, whose energy is supposed to stir one to think, just as Thomas Hirschhorn emphasizes: “I want to make active art, a work that activates the brain.” And even when excessive demand and chaos are apparently raised to design principles, with Hischhorn that doesn’t happen without a concept, because “chaos is the world in which I live in and chaos is in the time in which I live in”, says Hirschhorn.

Even the choice of materials presents a conscious political decision. In the cheap product packaging materials Hirschhorn finds an adequate means of expression for his societal critical art. His opposition against cultural nuisances also manifest themselves in these product packaging materials, as well as a revolt against the lusts of capitalism, which he converts into a state of creative anarchy. The materials, found in every household, prevents, through its everyday familiarity, any form of exclusiveness and underlines the involvement of the observer, which is exactly what Thomas Hirschhorn wants: “My works are made for a non-exclusive public and I want to involve without neutralising, I don’t want to exclude anyone.”

You can buy works by Thomas Hirschhorn in our shop. 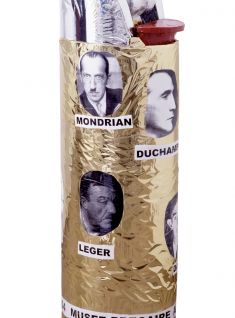 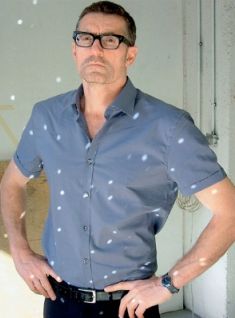 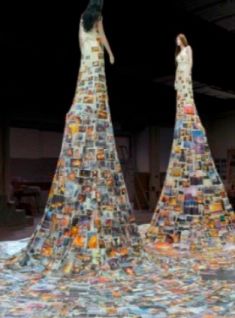