Terry Rodgers is presenting a world of luxury and lust in his paintings, his recurring motif is one of young people having a party in a private home. Or rather, it is a revelry with mostly nacked party animals, displaying perfect naked bodies to each other. They are celebrating their own and each others erotic power and sexiness by posing and moving seductively and exchanging voluptuous glances. But this glamorous world seems desirable only at first glance. The scenes are showing a life of material plenty with emptiness and boredom, and on closer inspection, nobody really looks like he or she is enjoying the party. The glances reveal envy, frustration, tiredness, or simple dunkenness.

Rodgers’ work presents an imaginary luxurious leisure life with cracks on the polished surface, representing the tensions and confusions of  today’s society. These images are not a reproduction of real life, but rather a compression of our rampant imaginations, influenced by the media. Rodgers’ visual style is realistic, and according to the artist, it is also influenced by his interest in film and photography.

Terry Rodgers was born September 11, 1947 in Newark, New Jersey and he was raised in Washington, D.C., He graduated cum laude from Amherst College in Massachusetts in 1969, with a major in Fine Arts. He has exhibited at numerous museums in the US including the Museum of Contemporary Art Jacksonville, the Erie Art Museum and the Mobile Museum of Art. Starting with his first solo exhibition in a European museum in 2009, Rodgers’ work has been exhibited at the Stedelijk Museum - 's-Hertogenbosch, the Kunsthalle der Hypo-Kulturstiftung in Munich, the Museum Franz Gertsch in Burgdorf, the Museum Folkwang in Essen, the Gemeentemuseum Helmond, the Scheringa Museum of Realist Art in Spanbroek, the Kunsthal Rotterdam, the Kunsthalle Emden, the Kunsthalle Krems, the Galerie Rudolfinum and the Zentrum Paul Klee in Bern.

You can buy works by Terry Rodgers in our shop. 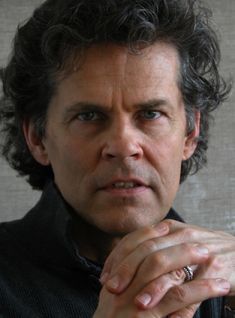 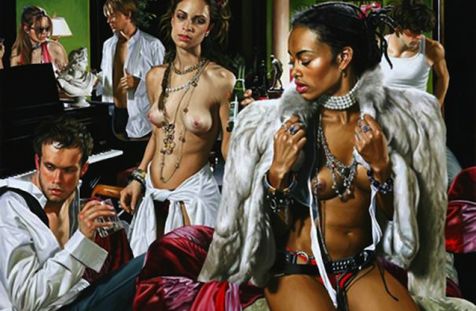 Terry Rodgers, The Fluid Geometries of Illusion, 2011
Oil on Canvas 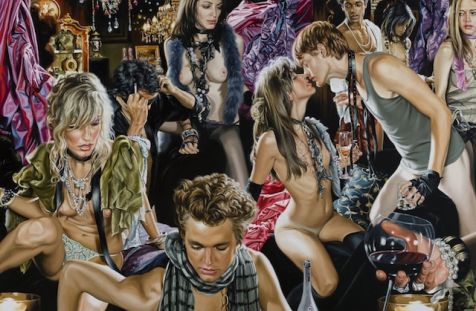