Ever since Takashi Murakami (*1962 in Tokyo) collaborated with Louis Vuitton in 2002 the artist has achieved worldwide recognition. Takashi Murakami designed handbags with a cherry flower pattern in lively colours for the label – they have long since become sought-after collector's items.

His colourful, kitschy paintings and objects are populated by laughing flowers, mushroom clouds and other figures that seem to have jumped out of a Japanese comic. Murakami's choice of motif is not surprising, the artist grew up with the aesthetics of Japanese Manga and anime which visually influenced his sculptures, videos and objects. Some of his designs are just cute, others however latently spooky. The exaggerated eroticism of some of his artworks – like the “Lonesome Cowboy”, ejaculating high into the air, of the comic girl “Hiropon” squeezing milk from her breasts in a similar manner – seem disconcerting on first glance. The artist calls his style, that hovers between art, design, pop culture and commerce, “Superflat”. It has made him famous, no other artist before has so strongly blurred the generic boundaries – Takashi Murakami fittingly calls himself a marketing artist.

His company “Kaikai Kiki Co.” (=elegant and bizarre) sees to the smooth production of his art. More than 100 employees work for this highly efficient company that has branches in Tokyo and New York. They produce and market his products, appearances and exhibitions all over the world. The company also manufactures and markets the artworks themselves, as well as merchandising such as t-shirts, keychains and toys. Murakami's computer animations are made here as well, artistic assistants help with the production of those works that are partly designed by Murakami himself and executed completely by his employees. The artist himself visits every couple of month to supervise production. Kaikai Kiki Co. not only represents Murakami but also young Japanese artists and sets up contacts between artists, fashion labels and the music scene. Murakami gained recognition amongst music fans when he designed the cover for the single “Stronger” and the album “Graduation” by American rapper Kanye West in 2007.

Murakami was trained in the classic technique of Nihonga painting. He graduated and did his doctorate at the National University of Fine Arts and Music in Tokyo. All his artistic endeavours have been a huge success since; the prices his works fetch at auctions are impressive. The above-mentioned installation “My Lonesome Cowboy” was purchased by a collectors couple from Santa Monica for 13,5 million dollars at an auction in 2008. The “Time Magazine” selected Murakami for their 2009 list of the 100 most influential people in the world. Because of his undisputed artistic influence he has the nickname Japan’s Andy Warhol, an allusion to his fast production of art as well as its revolutionary impact.

Murakami's work has been shown extensively in exhibitions around the world at leading institutions such as Museum of Contemporary Art, Tokyo and Museum of Fine Arts, Boston (2001); Fondation Cartier pour l'art contemporain, Paris and the Serpentine Gallery, London (2002); Museum of Contemporary Art, Los Angeles (2007), Museum für Moderne Kunst, Frankfurt and Guggenheim Museum, Bilbao (2009). His exhibition at the Château de Versailles, France was on view in 2010. Murakami currently lives and works in Tokyo, New York, and Los Angeles.

You can buy works by Takashi Murakami in our shop.

Nirvana - AVAILABLE IN OUR SHOP 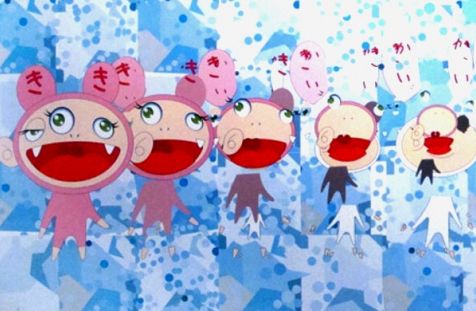 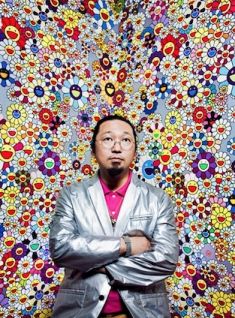 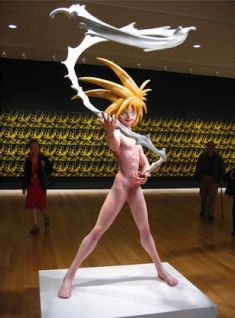 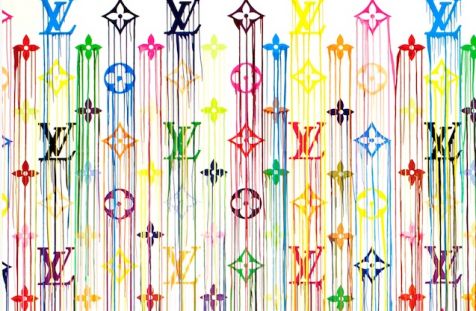