„I just had to make decisions and the main decision was that one had to simplify things rather than make things more complicated.“

Born in Hartford, Connecticut in 1928 and deceased in New York in 2007, Sol LeWitt was a minimalist artist. He developed the term and concept of conceptual art and is considered as one of its heading artists. Conceptual Art is a collective term for the evolution of abstract painting and different artistic genres such as object art or the happening; here the concept is crucial for the meaning of the piece. In his theoretical piece “Paragraphs on Conceptual Art” (1967), he defines his art as “conceptual” as opposed to the visual “perception art”. Similar to his artistic pieces, his writing is marked by the departure from the individual as well as a tendency towards the objective and logical.
LeWitt lived in Chester (USA) and Spoleto (Italy).

LeWitt found artistic inspiration in the constructivism of classical modernism, Bauhaus and the Dutch arts movement “De Stijl”. In 1962 LeWitt first started working on his floor- and wall pieces. It was in those years that he created geometrical sculptures. In all his pieces he plays with different variations of one theme. He found his own style in 1963-64 with geometrical reliefs, cubic forms and wall structures. His piece from 1963 “Red Square, White Letters” consists of diverse coloured panels and lettering.
With the possibility of variation he wants to abolish the extraordinary. LeWitt wants the artwork to only draw significance from itself. Beside his laminar creations the artist begins working on modular pieces with spatial structures in 1965. He creates grit-or cage-like structures and open or closed steel or wood cubes which are painted greyish-white. These works are also shaped by their possibility of combination. In 1968 LeWitt concentrated on drawing and creating large wall-drawings. The images were similar to large cubes shown in perspective; these drawings were the foundation for his reputation as a wall painter.

Sol LeWitt went to Syracuse University from 1945 till 1949 before moving to New York in 1953, where he was a student at the Cartoonist and Illustrators School. Afterwards he worked as a graphic designer before he worked for the Museum of Modern Art as a designer from 1960 till 1965. Additionally, he taught at the Museum Art School from 1965 till 1967, afterwards he worked as a teacher at several art school and universities in New York. In 1976 LeWitt opened the famous conceptual bookstore “Printed Matter”.

His work has been exhibited in renowned museums all over the world such as the Modern Art Museum in New York.

You can buy works by Sol LeWitt in our shop. 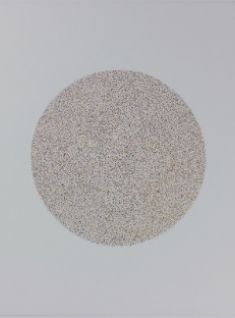 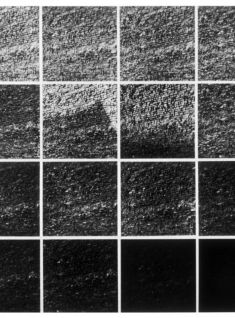 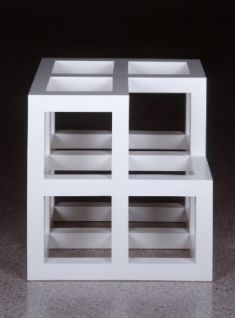