Refusing to participate in any existing art movements, conventional exhibition opportunities were unavailable to him. Finally, in the early 1960s, Sigmar Polke began to organize exhibitions himself, along with his fellow artists Gerhard Richter, Konrad Lueg, and Manfred Kuttner. Criticism of consumer culture and satirization of the German petty bourgeoisie informed some of their subjects, and thus they created Capitalist Realism as an ironic counterpart to Socialist Realism. Elements from art history, literature, and bourgeois daily life are present in Polke's iconography. He copies, parodies, ironizes, and recombines elements, guided by the "Higher Beings of art". He draws, paints, glues, sprays, pours, and chemically and alchemistically reworks these elements on transparent or opaque screens, on wool and on tablecloths of different patterns, even using rubber bands and nails. The materiality of the image turns it into  an object. Even drugs, which have accompanied him beyond his travels to Brazil, Afghanistan, and Papua New Guinea, are employed as an artistic tool. The artist mixes them into the colors to create uniquely nuanced hues.

A reclusive painter and photographer, Sigmar Polke was born in 1941 in Oels in Lower Silesia, and ranks among the most important contemporary artists. His family initially fled to Thuringia, and some years later through West Berlin in order to reach Willich near Mönchengladbach. After being trained as a glass-painter and studying at the Düsseldorf Art Academy, he became a professor at the School of Fine Arts in Hamburg.

He participated in the Documenta in Kassel three times, and, among many other awards, won the Golden Lion at the 42nd Venice Biennale.

You can buy works by Sigmar Polke in our shop. 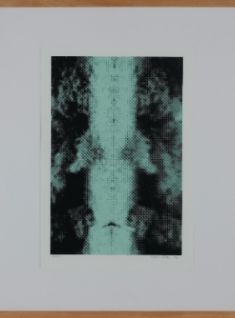 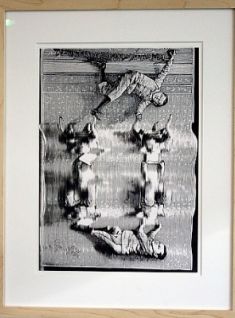 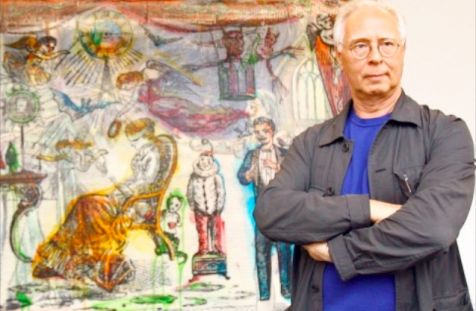