Growing up in the rural area of Minas Gerais in Brazil, the documentary and report photographer Sebastião Salgado already as a child witnessed the difficult social conditions of the people living there. At the same time, he developed a love for the nature surrounding him at an early age. Salgado studied Economics at the University of Sao Paulo (1963-67) before he moved to Paris with his wife in 1969. There, he wrote his dissertation on economic sciences and went on to work in an administrative position for the International Coffee Organisation (ICO) in London.

He travelled to Africa several times on behalf of the company, often in a joined assignment for the ICO and the World Bank. It was only during these travels that Salgado picked up the camera for the first time, his wife's Leica. This experience changed his life substantially, photography should become the medium with which he expressed his early experiences and social impressions. Back in Paris, Salgado decided to become a freelance photojournalist in 1973, it would take years however before he was able to make a living with the profession. Salgado quickly found his artistic style, the “Chiaroscuro of black-and-white images”. He always used colour very sparingly and gave them up completely in the course of his career.

Since the early 1970s Salgado has been, as can be safely said, tirelessly working in the service of nature and humankind; his work is a photographic homage to our planet and its original condition. The photographer explores the majesty of nature and the balance between man and our fragile planet in his spectacular images. He dedicates a lot of time to his photographic series and travels the whole world in search of his motives. Three longterm projects are especially prominent: “Workers” (1993) documents the gradual disappearance of traditional handicrafts all over the world and “Migrations” (2000) illustrates the mass-migration caused by wars, oppression, hunger and natural catastrophes as well as the destruction of the environment promoted by demographic change.

The recently published longterm project “Genesis” is the result of eight intensive years of work. “This was my grandest photographic experience”, Salgado said after the completion of the project. “I travelled 32 countries to discover mountains, deserts, oceans, animals and people that have as yet been able to escape modern society. I feel that Genesis talks to us very urgently by showing the breathtaking beauty of a lost world that somehow continues to exist. Its message is: All this is endangered and we have to protect and preserve it.” His new work is committed to the Instituto Terra, founded by Salgado and his wife Lélia. Their aim is to sharpen our awareness of the preciousness of the last untouched corners of the world – for us and future generations.

Sebastião Salgado used to work for the photo agencies Sygma, Gamma and Magnum Photos. He left Magnum Photos in 1994 and began marketing his images via his own agency Amazonas Images, which he founded together with his wife. Salgado's photographic projects were presented in numerous exhibitions and published in books, among them Other Americas (1986), Sahel, L'Homme en détresse (1986), Arbeiter (1993), Terra (1997), Migranten (2000), Kinder (2000) and Afrika (2007). Salgado was awarded copious major photographic prizes, only recently he was given the Gold Medal for Photography of the New York National Arts Club. The photographer is a UNICEF extraordinary ambassador and honorary member of the Academy of Arts and Sciences USA.

You can buy works by Sebastião Salgado in our shop. 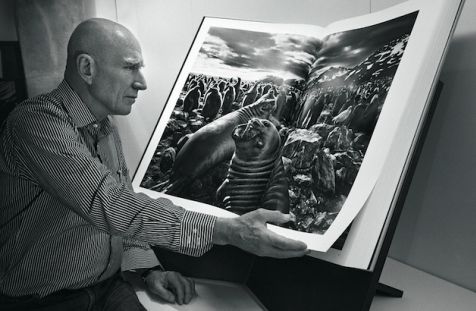 AVAILABLE IN OUR SHOP - Iceberg between the Paulet Islands and the Shetland Islands, Antarctica 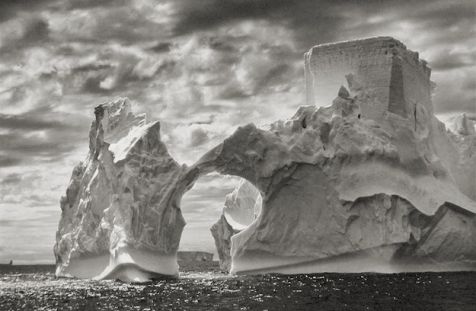