Reflexions of dancing light on moving water marks the roots of the artist Roberto Lauro’s works, who was born and raised in the British islands of Jersey. His artworks are metaphysical shapes of light and reflexion, of form and power, rhythm and energy. The year 1950 marks the begin of Roberto Lauro’s work as an artist. From the early start, he is strongly impressed by the impressionist and their reporduction of light; from the initially representational images, his path soon leads him to abstraction. Upon the suggestion of his art professor to view paintings as if he were listening to music – music is colour and offers a possibility to capture rhythm in images. Roberto Lauro’s love for music and it s artistic language run throughout his entire body of work. In their array of colours, his lines, forms, and rhythms resemble a light and airy orchestration full of a zest for life.

Around 1970, movement captures Roberto Lauro’s paintings, the structures reach a status of independence. He also now employs metal plates, which he paints and transforms into movable sculpture by tearing it open and cutting it open. Light is now penetrating through the picture, the openings create new perspectives.

Lauro, in a further step, gives these sculptures their soul - he inserts glass. It forms reflections in sunlight, and in its transformation it recalls the movement of light on the ocean waves - an apparent return to its biographical origin from Jersey. He is one of the few artists that connect glass and metal. Today, Lauro lives at Lake Zurich, where the dynamism and the colors of the water inspire him to watercolors, room pictures and three-dimensional objects. 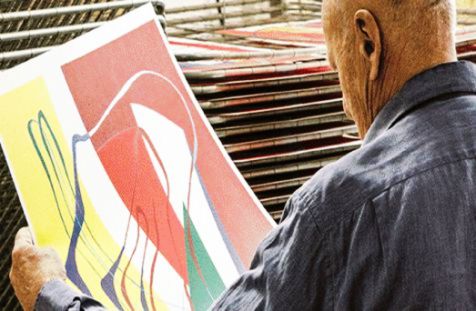 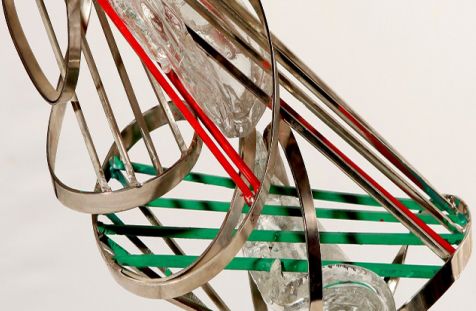