Robert Rauschenberg (American, 1925–2008) was renowned as an enfant terrible, famous for his work in the 1950s, in the period between Abstract Expressionism and Pop Art. Born in Port Arthur, TX, Rauschenberg was barely exposed to art until he attended school. His most significant art education took place at Black Mountain College, which exposed him to influential artists such as Josef Albers and John Cage. In his early years in New York, he gained attention for his Black Paintings and White Paintings; during this time, he also became very close friends with the painter Jasper Johns, who greatly influenced Rauschenberg's work.

In the 1950s, Rauschenberg began to incorporate any material he could scavenge into his combines (sculptural collages) by incorporating found objects, traditional brush strokes, photographs, and any other materials he encountered. This interplay between materials defined Rauschenberg's entire career; he also experimented with silk screening and solvent transfers on a diverse selection of surfaces, as he explored the boundaries of traditional art forms and incorporated the vast visual offerings of American culture into his work such as Signs. Rauschenberg also developed an interest in art activism: his “Experiments in Art and Technology” (EAT) initiative encouraged collaborations between artists and scientists; the “Rauschenberg Overseas Culture Interchange” (ROCI) project allowed him to visit locations worldwide to work with artists and exhibit his own art; and the non-profit “Change, Inc.” helps struggling artists pay medical expenses. Rauschenberg died of heart failure in Captiva, FL, in 2008. 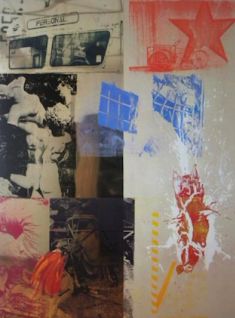 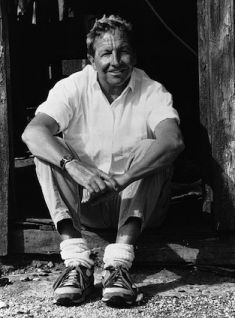 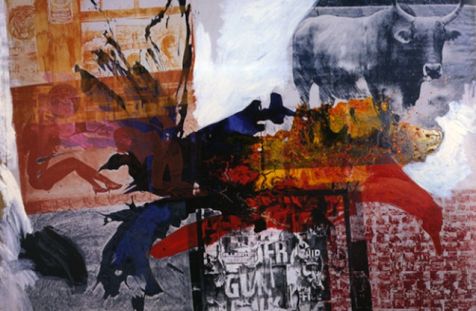