Robert Motherwell (born January 24, 1915 in Aberdeen, Washington, † July 16, 1991 in Provincetown, Massachusetts) was an American painter of Surrealism and Abstract Expressionism.

Alongside Jackson Pollock, Mark Rothko and WIllem de Kooning, Robert Motherwell is considered one of the great American Abstract Expressionist painters. His esteemed intellect not only undergirded his gorgeous, expressive paintings—frequently featuring bold black shapes against fields of color—but also made Motherwell one of the leading writers, theorists, and advocates of the New York School. He forged close friendships with the European Surrealists  and other intellectuals over his interests in poetry and philosophy, and as such served as a vital link between the pre-war avant-garde in Europe and its post-war counterpart in New York, establishing automatism and psychoanalysis as central concerns of American abstraction. "It's not that the creative act and the critical act are simultaneous," Motherwell said. "It's more like you blurt something out and then analyze it.

69 exhibits by contemporary artists quoting Picasso and his work were presented in an exhibition entitled “Hommage à Picasso” on the occasion of the 1000th anniversary of the city of Kronach in 2003. The artists paid him their artistic reverence on his 90th birthday want to prove in 1971. The linocuts, etchings and lithographs presented come from the years 1971 to 1974 and were published for the first time in 1973 and 1974 in a portfolio, published by Propylaen Verlag, Berlin, and the Pantheon Presse, Rome. The portfolio includes works by artists such as Paul Klee, Henry Moore, Max Bill, Allen Jones, Robert Motherwell, Jacques Lipchitz, Giacomo Manzù, Pierre Alechinsky, André Masson, Joseph Beuys, Roy Lichtenstein, Michelangelo Pistoletto, Richard Hamilton, Walter De Maria and Hans Hartung, who honored Picasso with their specific artistic design language 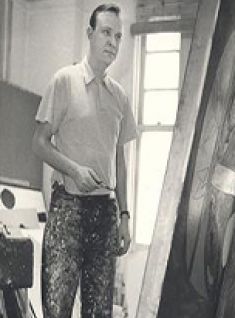 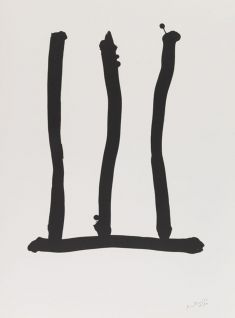