The portrait is the starting point in Robert Knoke's drawings. The German artist, who works mainly in New York, combines figuration with abstraction, often in a harsh black and white contrast. The subject emerges from delicate lines, smeared fingerprints and brutal punches of colour. The people who model for Knoke are artists, musicians, designers and other cultural and creative agents, they form the basis of his work that has developed to be something between a kind of diary and a cultural document of our time. In the first step Robert Knoke photographs his models, later he uses crayons, markers, gloss paint and sometimes coloured grids to put the image to paper. He always uses white paper, 100 x 70 cm in size. If the portrait is supposed to be bigger than this format, he sticks several sheets together. The resulting size of the picture and the grid, formed by the borders of the paper, define the space the subject inhabits. Even though he chooses his model very deliberately, Knoke does not necessarily want his pictures to be classic portraits and thus an illusion of the depicted. The lines, smears, fingerprints and reflecting fields of colour show visual fields of energy in their concentration and create a rather abstract image.

Robert Knoke began his portrait series in 1991 and developed it alongside other projects, but without exhibiting his portraits. It was only in 2005 that he showed them to the public and it has brought him worldwide attention since. Beside exhibitions in galleries, parts of the series are shown as projections in night clubs, at concerts and gigs and contextualized with fashion. The first big monography Black Material was published in 2010 and was presented in the New Museum New York.

You can buy works by Robert Knoke in our shop. 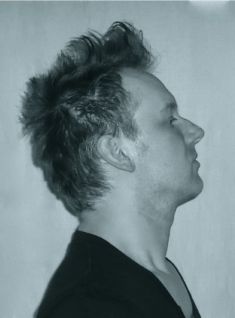 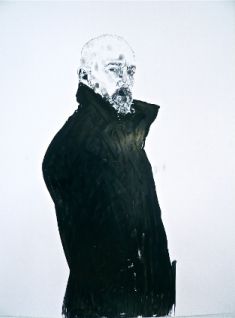 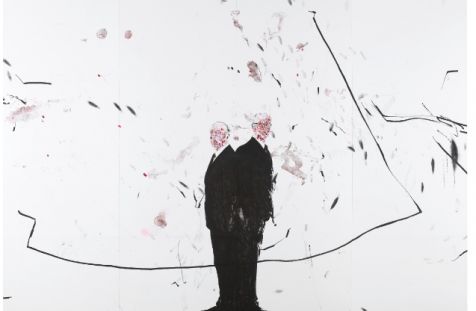