Robert Indiana is considered as one of the main representatives of American pop art. He was born Robert Clark in New Castle, Indiana, but changed his name into Indiana in 1959. Indiana's work often consists of bold, simple, iconic images, especially numbers and short words like EAT, HUG, and, his best known example, LOVE, which he created in 1966. Characteristic of his work is a reduction to the essencials. The simple imagery is berrowed from the visual language of advertisement.

Other well-known works by Indiana include his sculpture in the lobby of Taipei 101, called 1-0 (2002, aluminum), using multicoloured numbers; and the works he created in the aftermath of the September 11, 2001 attacks and exhibited in New York in 2004 called the Peace Paintings. In 2008, Indiana created an image similar to his iconic LOVE (letters stacked two to a line, the letter "o" tilted on its side), but this time showcasing the word "HOPE," and donated all proceeds from the sale of reproductions of his image to Democrat Barack Obama's presidential campaign, raising in excess of $1,000,000. The Obama campaign sold T-shirts, pins, bumper stickers, posters, pins and other items adorned with HOPE.

Robert Indiana was born in 1928 in New Castle, Indiana. His family relocated to Indianapolis, where he graduated from Arsenal Technical High School. He studied at the Art Institute of Chicago (1949–53), the Skowhegan School of Painting and Sculpture in Maine (summer 1953) and Edinburgh University and Edinburgh College of Art (1953–4), before settling in New York in 1954. There he began making art with distinctive imagery drawing on commercial art approaches blended with existentialism, that gradually moved toward what Indiana calls "sculptural poems".

Indiana has been a theatrical set and costume designer. He was the star of Andy Warhol's film Eat (1964), which is a 45-minute film of Indiana eating a mushroom in his SoHo loft.
In 1969, he began renting a building in the island town of Vinalhaven, Maine as a seasonal studio. When the owner died in 1973, Indiana bought the lodge, and  finally moved in full time. Since 1978, he has lived as a resident of Vinalhaven.

You can buy works by Robert Indiana in our shop. 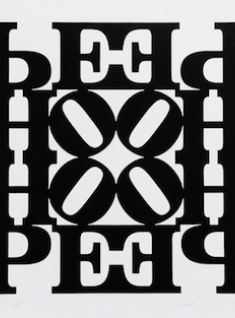 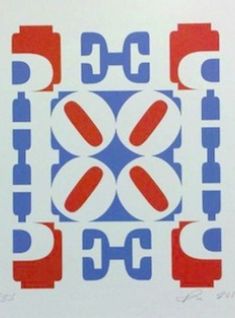 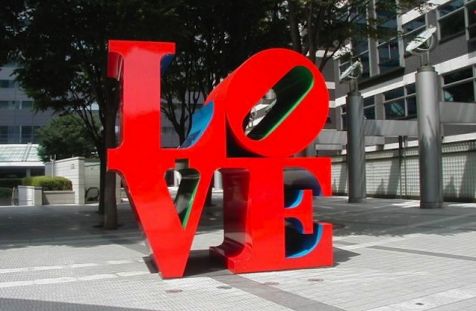 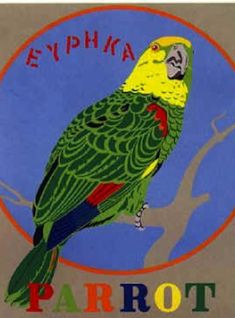 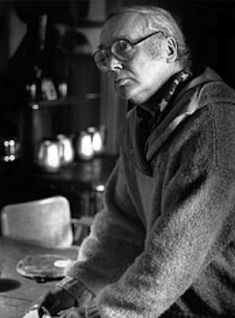