Robert Elfgen (*1972 in Wesseling am Rhein, Germany) works with a wide range of materials and mediums, encompassing painting, collage, film, sculpture and installation. He applies traditional artistic techniques such as glass engraving, marquetry, metal etchings, and relief printing with great craftsmanship. Elfgen explores his recurring subject matter, nature and particularly the symbolism of animals. Works with animals made of wooden inlays are his most characteristic works. Elfgen grew up in rural Germany, and biographical experiences and everyday observations serve the artist as the point of departure for his works. Elfgen's installations are arranged as metaphorical systems, in which objects and animals are carefully positioned in relation to each other and to the viewer. He also focuses on the relationship between nature, human beings, and society. When the viewer enters one of his space-related installations, the sculptures, assemblages, collages, and films are linked associatively and transformed into spatial allegories which make it possible to experience a private mythology.

Robert Elfgen's work has been presented in exhibitions at the ZKM Karlsruhe (2007-2008), the Kunstverein Kassel (2006), the Kunstverien Bonn, 2005; the Simultanhalle Cologne, 2003, and the Kulturzentrum Antwerp, 1999. After his carpentry apprenticeship, Elfgen studied under John Armleder at the Hochschule für Bildende Künste Braunschweig (1997-2001) before transferring to the Kunstakademie Düsseldorf, where he completed his studies as a master scholar of Rosemarie Trockel (2001–04). The artist lives and works in Cologne.

You can buy works by Robert Elfgen in our shop. 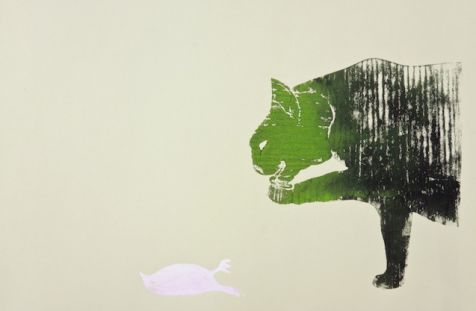 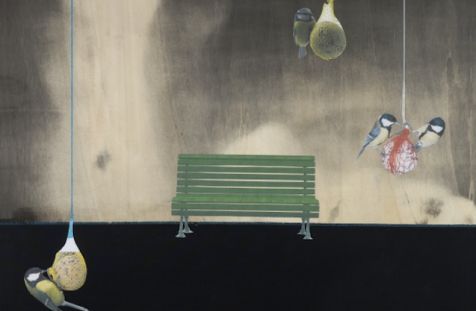 Installation view: "Development" at the Sprüth Magers Gallery in Berlin (2012) 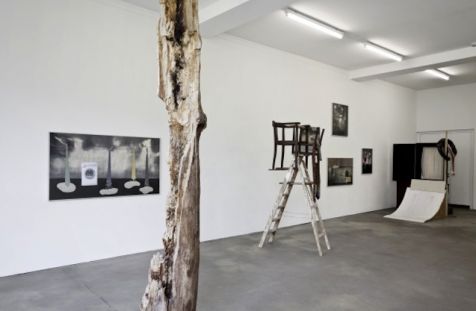