Robert Cottingham is one of the main representatives of US photography in the groundbreaking first generation.
Born in Brooklyn / New York in 1935, Robert Cottingham studied at the prestigious Pratt Institute in his birthplace from 1959 to 1964, following his military service, from 1955 to 1958, where he worked with both freelance and applied art and graphic design Touch came. So it is not surprising that Robert Cottingham worked as an advertising manager in New York during his studies and continued his career in Los Angeles from 1964 to 1968. As a graphic designer, Robert Cottingham came into close contact with the later theme of his future paintings: advertising.

From the late 1960s onwards, neon inscriptions and signs of urban life became the center of the world-famous images of Robert Cottingham, one of the founding fathers of the photorealism. Characteristic of Robert Cottingham's work, which also touches the boundaries of Pop Art, is the close-up view and the narrative nature of the complaint, which he transferred from photography to painting. Robert Cottingham has a strong motivational specialization with his photo-realistic colleagues: Chuck Close focused his work on monumental head-portraits, Don Eddy painted cars, David Parrish preferred chrome-shining motorcycles. This restriction in the motif allowed the photographer to put technical refinement in the foreground.

In the late 1960s, Robert Cottingham, who had already been honored with his first solo exhibition in Los Angeles in 1968, was already able to hang up his breadwork in the advertising sector and instead take up a teaching position at the Art Center of Design in his election home.
Robert Cottingham was represented at the legendary 5th Kassel documenta in 1972, and helped photograph internationalism at the exhibition. Robert Cottingham, winner of the "Artist of the Year Award" of the Fairfield Chamber of Commerce in 1988, is represented in numerous international collections, including the Cleveland Museum of Art in Ohio, the Solomon R. Guggenheim Museum of Art, the Metropolitan Museum The Art Museum in New York, the Tate Gallery in London, and the Folkwang Museum in Essen. 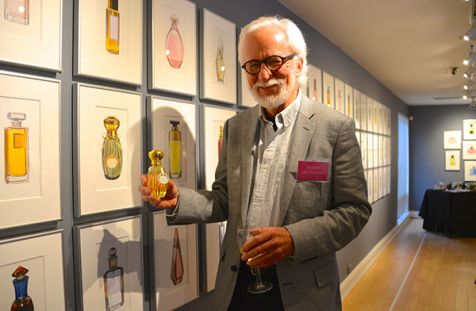 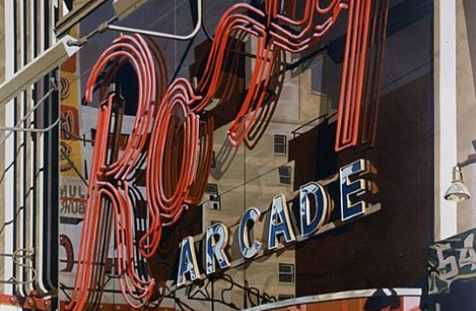