Rainer Splitt pours out paint; it gathers and dries to colourful, stiff lakes on the floors of galleries and museums. The processes of pouring, dispersing and drying of the coloured mass create installations that inhabit the threshold between painting and sculpture. Rainer Splitt owes a large part of his fame to his “Colour Casts”, made from synthetic resin and polyurethane, as well as large, colour-dipped panels leaning against a wall. These panels are made of Perspex, aluminium or MDF and are dipped in large containers filled with paint. His “Cast Boxes” make up a further part of his oeuvre, they refer to Minimal Art. Rainer Splitt’s works deal with the relations between image, colour, surface and observer. The medium paint becomes independent in his work and elucidates the artist’s intensive occupation with paint and his proximity to painting, even if he sees himself as a sculptor.

The art of Rainer Stoeber, who was born in 1963, was at the same time highly sensual and self-reflexive, the art historian Michael Stoeber writes: “It is founded on an alliance of oppositions and contradictions: Minimal Art and Action Art, calculation and coincidence, colour and line, image and sculpture, sensuality and spirituality.”

In his colour casts the liquid paint finds its own outline. The artist neither can nor wants to control the details of the form taking shape. Rainer Splitt has great influence with his selection of space and location, colour, amount and consistency of the paint; temperature and speed of pouring also play a big role in the process. The interaction of all these factors leads to a momentum. Painting is reduced to its foundations; to pouring of, or – in the case of the panels – dipping in paint.

Rainer Splitt studied at the Academy for Fine Arts in Braunschweig (1984-91) under Christiane Möbus, at the Ecole des Beaux-Arts in Nimes and the School of Visual Arts in New York (2007-09). Rainer Splitt received several scholarships and awards; he was a stipendiary of the International Studio and Curatorial Program in New York in 2002 and of the German Academy Villa Massimo Rome in 2003. In 2006 Rainer Splitt won the tender for the artistic design of the square in front of the Dresden theatre with his design “Waterscreen”.

His last solo exhibition was held in Celle (2003), the Kunstverein Ruhr (2004) and the Kunstverein Aichach (2007). Rainer Splitt is a visiting professor at the Academy of Fine Arts in Karlsruhe. The artist lives and works in Berlin.

You can buy works by Rainer Splitt in our shop. 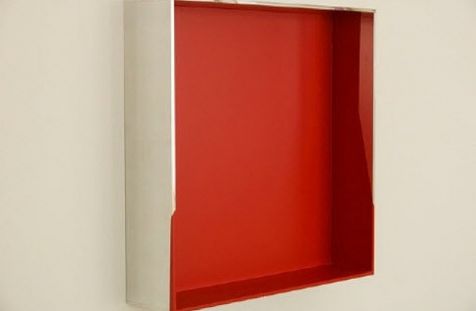 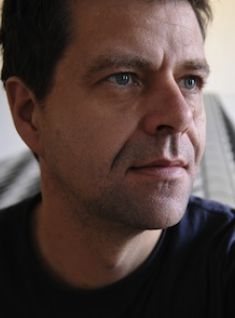 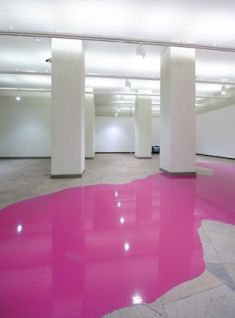 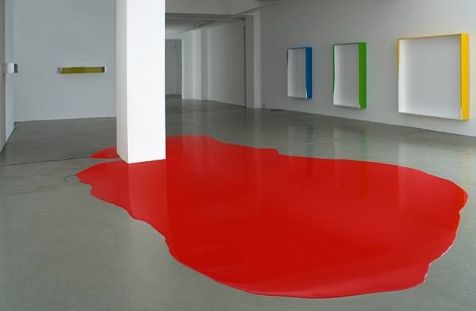