“Some Scenic Views“- this is the title of the installation that was acquired in 2011 by the Berliner Nationalgalerie in the Hamburger Bahnhof. It was done by the multimedia artist Phillip Lachenmann, who was born in 1963 in Munich.

The artist, resident in Cologne, Berlin and Los Angeles, puts our viewing patterns on the edge of its perceptibility to the test in a network of alternating impacts in video, film, photography, painting, sculpture, installation, writing, language, sound as well as in light.

Socio-political questions often appear in a veil of “aesthetic“ depiction.In his photography “Security Housing Unit” (SHU) one sees a landscape of night sky, brightly lit on the horizon, distant and dreamlike. What sparkles as a star in the sky, turns out to be an aeroplane flying over an isolated maximum security prison in the Californian desert. In the film “SHU Lullaby” the English term suggests a lullaby – homely idylls, the acronym SHU however refers to the hour before the stars in the ominous sky rise over this prison.

Equally disturbing is the photo series “San Andreas Fault Project”. Intact landscapes let us surmise in varying degrees that it’s about more than just harmless pictorial subjects. Only the knowledge of the site along the grave of St. Andrew, which is threatened by an earthquake, reveals the uncertainty.  The art history maxim “One only see what one knows” comes to bear. Knowledge displaces perception, new layers of meaning and associations are awaken.

Lachenmann’s universe of images is always an approach to such an experience, a search for interspaces in form of an eclipse, a blur or a monochromy. Language appears as a fractal, the topos “landscape” afield presence and absence, breakpoint and abyss are thematised – ambiguity as a description of reality.

Philipp Lachermann first studied film, art history and philosophy in Munich. Ever since his studies at the Kunsthochschule für Medien in Cologne he has dedicated himself to artistic practice. He has at his disposal numerous exhibitions, scholarships as well as film screenings both domestically and abroad.

You can buy works by Philipp Lachenmann in our shop. 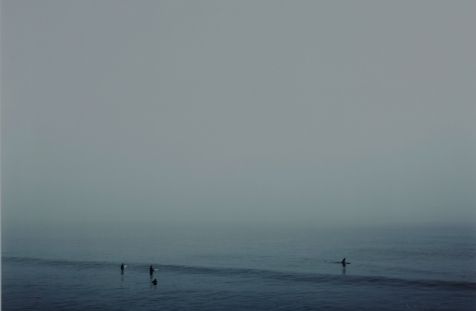 White Light (For Malewitsch), 2000 - AVAILABLE IN THE SHOP 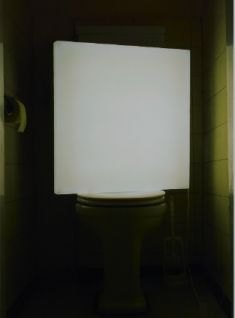 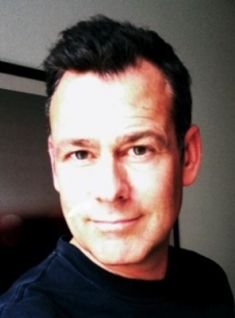