Next to the “Leipzig School” and “Dresden Pop” Peter Zimmermann's very independent oeuvre is among the most important positions in contemporary painting. The artist who lives in cologne uses scanned clippings from his own earlier paintings, material from the global data available through the internet or from magazines. He manipulates those templates on his computer using digital filters. Afterwards the 55-year old artist applied those abstract sketches on a canvas using epoxy resin. The picture material, often distorted to the point of unrecognizability, becomes painting.

This conceptual art presents itself enchantingly sensual. Its seductively shiny surface and seemingly abstract composition seldom allows conclusion to the used templates. His so-called “Blob Paintings” fascinate with their flowing forms. It is an aesthetic of deception the Freiburg-born artist creates with several techniques of simulation such as covering, sampling and remixing.

His large-scale cover pictures for which he painted over cover designs from the 1990s deal with questions of original and copy. His favourite motifs are cover pictures from the US-American star painter Jackson Pollock. He recreated his drip-paintings meticulously using resin. “Somebody payed me the ambiguous compliment that my pictures were better than the original” Zimmermann reveals. In the last ten years the Cologne professor for media art has built a digital picture archive from which he develops motifs for his large-scale paintings, but which he also uses for objects, installations and fabric printings. This is one of the reasons for venturing into the world of fashion for the French designer Tamara Jarmon. Delighted by his geometrical patterns and colour contrasts she suggested working with him, a retro summer collection with his minimalistic prints is the result of their work.

His work can be found in public collections such as the Staatsgalerie Stuttgart, the Museum Moderne Kunst in Frankfurt or the Museum Fine Arts in Boston.

You can buy works by Peter Zimmermann in our shop. 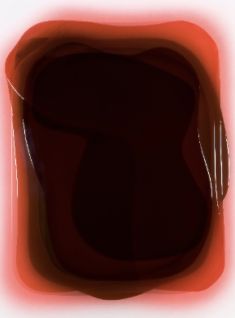 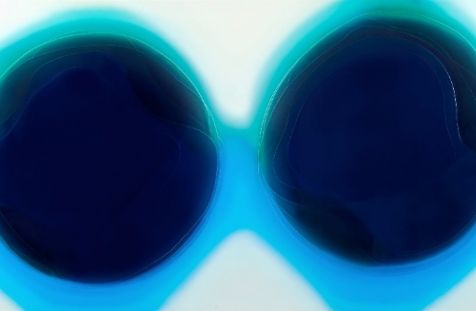