Doig's landscapes often show quiet lakes, forests or snow-covered mountains. People are rarely depicted, and only as dreamy or thoughtful figures in the midst of nature. Photographies are often the starting point for the paintings, Doig does not strive for photo-realistic depiction however.

His artistic style hovers between figuration and abstraction, the reflexions in the water support this impression. They are, according to the artist, cyphers of imagined images. Doig says about his works: “You can ask me what my pictures are about, but I cannot really tell you, they are cyphers for your own imagination.” Some of the recognizable role models are Edvard Munch or Claude Monet.

When Peter Doig's painting “White Canoe” (1990/1) was auctioned at Sotheby's for the incredible sum of 5,7 million pounds (11,3 million euros), Peter Doig was the most expensive contemporary European artist for a while. Doig is also known for his series of paintings depicting Le Corbusier's legendary apartment building “l'Unite d'Habitation” in Briety-en-Foret in France. The view of the modern facade is partly obscured by the trees surrounding the building. Doig's works suggest peace and quiet, yet they are dotted with irritating, dream-like elements. He employs unusual colour combinations and shows sceneries from extraordinary perspectives. These combined elements make for magical, dreamy and enraptured paintings.

Peter Doig was born in Edinburgh, Scotland, in 1959. He grew up in Trinidad, where his parents moved in 1962. He moved to Canada later in 1966. The frequent moves and changes of school greatly influenced his childhood. He went to London in 1979 to study fine art at the Wimbledon School of Art (1980-1983), later he studied at the St Martin's School of Art where he received his Bachelor of Arts and at the Chelsea College of Art and Design where he graduated with a Master of Arts.

He first received recognition in 1993, when he won the first price at the John Moores exhibition with his painting “Blotter”. His nomination for the Turner Prize in 1994 increased the public interest. He was curating member of the Tate Gallery London from 1995 till 2000 and has been a professor for painting at the Art Academy Düsseldorf since 2005. He moved to Port of Spain in Trinidad with his wife Bonnie and their four children in 2002.

You can buy works by Peter Doig in our shop. 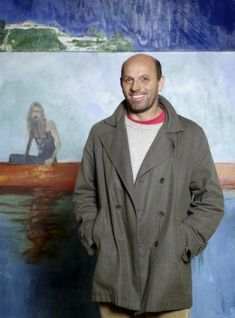 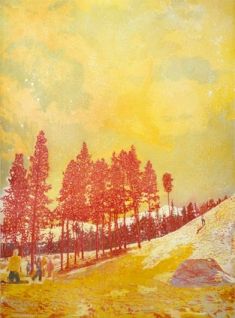 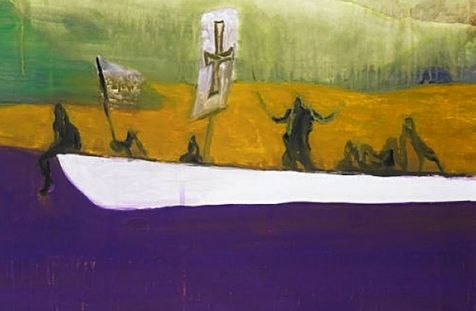 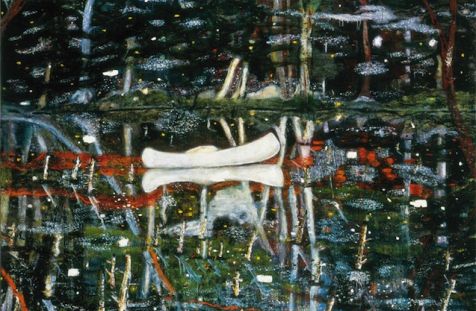