Otto Piene was a German artist. He lived and worked in Düsseldorf and Groton, Massachusetts.

Otto Piene was born 1928 in Bad Laasphe and was raised in Lübbecke Between 1949 and 1953 he studied painting and art education at the Academy of Art in Munich and the Kunstakademie Düsseldorf He was lecturer at the Fashion Institute in Düsseldorf. From 1952 to 1957 he studied philosophy at the University of Cologne.

He was a Visiting Professor at the University of Pennsylvania beginning in 1964. From 1968 to 1971, he was the first Fellow of the MIT Center for Advanced Visual Studies (CAVS), founded by György Kepes. In 1972, he became a Professor of Environmental Art at MIT. In 1974 he succeeded Kepes as director of the CAVS, in which position he served until September 1, 1993.

With Günther Uecker, Heinz Mack and Mattijs Visse he founded in 2008 the international ZERO foundation. The foundation has the ZERO archives from the three Düsseldorfer artists as well as documents and photos from other related artists.

Piene died on July 17, 2014 while in a taxi on his way to continue preparations for a "Sky Art Event" at Neue Nationalgalerie,] His survivors included his wife, the former Elizabeth Goldring, a poet and artist who also worked on Centerbeam, as well as four children, a stepdaughter and five grandchildren.

In 1957, Piene and Heinz Mack founded the group ZERO.[3] In 1961, Günther Uecker joined the group. In 1957 he developed the Grid Picture, a type of stencilled painting made from half-tone screens with regularly arranged points in single colours (yellow, silver, white or gold), for example Pure Energy (1958; New York, MOMA). Piene's work then developed in a variety of forms. The Lichtballette ("light ballet") (from 1959) were a development of the Grid Pictures: light from moving torches was projected through grids, thus extending and stimulating the viewer's perception of space. This series of works is inspired by László Moholy-Nagy's Light Space Modulator (1930) and Fernand Léger's Ballet Mécanique (1924).

Also in 1959, the combination of these grids with sources of fire (candles, gas-burners) produced smoke-traces and fire paintings, in which the paint was burnt. Piene created these Rauchbilder ("smoke pictures") as a reference to elementary natural energies. In the "fire paintings", he lightly burned a layer of solvent on pigmented paper, developing organic forms from the remnant, or the soot. Throughout the remainder of his career he continued the practice of making "smoke pictures". Fire and smoke (their traces) are important elements in these pictures. Silver Fire from 1973, in the collection of the Honolulu Museum of Art, is an example of a "smoke picture". He also experimented with multimedia combinations. In 1963, together with Günther Uecker and Heinz Mack, he became a spokesman of Neuen Idealismus ("the new idealism"). Piene is also noted for having explorined new uses for broadcast television. In 1968, along with Aldo Tambellini, he produced Black Gate Cologne, which is cited as one of the first television programs to have been produced by experimental visual artists.

1967 marked the beginning of Piene's involvement with Sky art, a term he coined in 1969 and which allowed him to use landscape and cities themselves as the focal point of his work. For the closing of the 1972 Summer Olympics in Munich, Piene created the sky work Olympic Rainbow, made up of five differently coloured helium-filled polythene tubes, each one 600 m long. Between 1981 and 1986 Piene organized four Sky art conferences in the USA and Europe.

He took a stab at industrial design in the 1970s with a 500-piece run of the upscale Suomi tableware by Timo Sarpaneva that Piene decorated for the German Rosenthal porcelain maker's Studio Linie.

Working as the director of the Center for Advanced Visual Studies (C.A.V.S.) at the Massachusetts Institute of Technology, Piene collaborated in the design of the kinetic sculpture performance Centerbeam first exhibited in Kassel, Germany in 1977. Later mounted on the National Mall in Washington, it featured laser-projected images on moving steam screens, solar-tracked holograms, a 144-foot water prism and helium-lifted sky sculptures.The C.A.V.S. allowed artists to work using sophisticated techniques and scientific partnership, promoting a highly collaborative environment.

In 1978, Piene was commissioned by the Smithsonian Art Collectors Program to create a print to benefit the educational and cultural programs of the Smithsonian Associates. The print was to commemorate a Washington, D.C. festival much like the 1977 exhibition in Kassel. Three lithographs resulted, all titled, Centerbeam, one of which hangs in the ongoing exhibition, Graphic Eloquence, in the S. Dillon Ripley Center in the National Mall.

In 1999, Piene presented his idea of a statue called Das Geleucht in the Ludwig Galerie Schloss Oberhausen for the first time. That monument in the form of a mining lamp ought to be built on the spoil tip Halde Rheinpreußen in Moers, with illumation at night. That project enthused the publicity but as recently as 2006 sponsors were found. Until 2007, the 30 metres (98 ft) high monument lightened the spoil tip every night.

You can buy works by Andy Warhol in our shop. 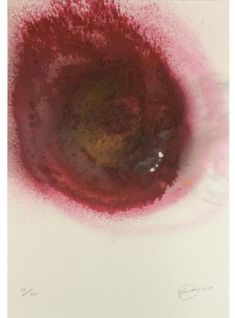 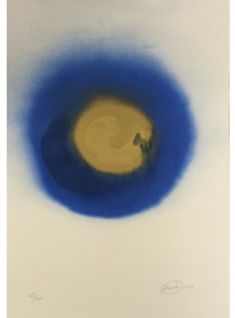 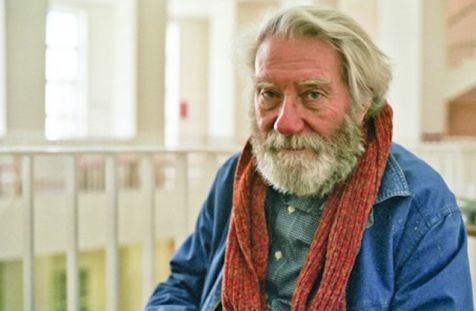