Danish-Icelandic artist Ólafur Elíasson is considered as one of the most influential contemporary artists. His work is focusing on movement, color, and light - and the interplay between the three phenomena. Among his most important projects are the weather project which was installed at the  Tate Modern in 2003 as part of the Unilever series. The installation filled the open space of the gallery's Turbine Hall. The ceiling of the hall was covered with a huge mirror, in which visitors could see themselves as tiny black shadows against a mass of orange light. Eliasson also created four man-made waterfalls, called the New York City Waterfalls, ranging in a height from 90–120 ft., in New York Harbor in 2008.  In Iceland, Elíasson designed the facade of Harpa, Reykjavík's new concert hall and conference centre which was completed in 2011. The facade consists of large quasi bricks.

Throughout the past two decades, Elíasson has used installation, painting, photography, film and projects in public spaces as tools to explore the cognitive and cultural conditions that inform our perception. From immersive environments of color, light and movement to installations that recontextualize natural phenomena, his work defies notions of art as an autonomous object, and instead positions itself as part of an exchange with the actively engaged viewer and his or her sensorial and individualized experience. His works and public projects prompt a greater sense of awareness among their users regarding the ways in which they both interpret and engage with the world.

During his regular trips to Iceland, Elíasson has over the years created series of photographs documenting the country’s unique landscape. In the broader context of his practice, photography continues to be a vital part of his conceptual inquiry as he elaborates on the seeing and sensing processes, examining perceptions of time, space and movement as both cultural constructions and natural phenomena. In his largest series of sixty-three photographs, Elíasson presents a small encyclopedia of Iceland’s major volcanic craters. Evidence of the island’s location along a tectonic plate boundary, volcanoes have always been a significant part of the country’s geological landscape, history and cultural identity. For Eliasson, however, they represent vents for the earth, thresholds that make the earth’s interior explicit.

Born in Denmark in 1967 to Icelandic parents,  Elíasson currently lives and works in Berlin and Copenhagen.

You can buy works by Ólafur Elíasson in our shop. 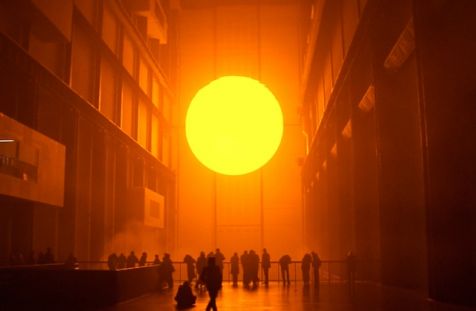 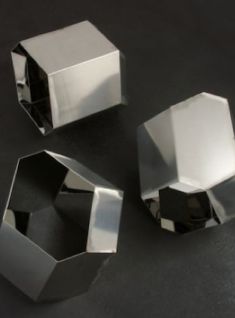 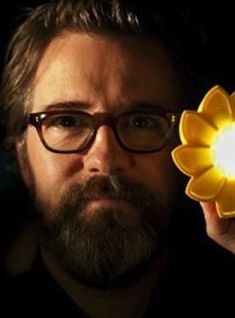 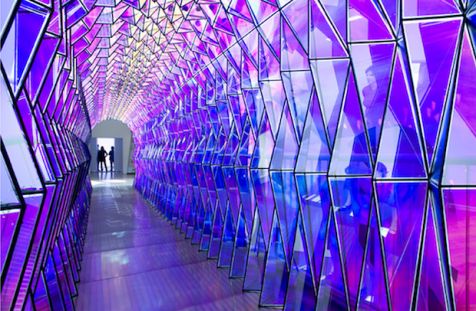