Not Vital's work is of unusual impressiveness. It spans a wide geographically berth between the different countries but its content is of the same big questions that one is everywhere. The object artist owes its name to its origin: Not Vital was born in 1948 in Sent in the Lower Engadine where he belongs to the minority Romans. This region which is so heavily dependent on the nature and with harsh climate and a picturesque landscape took just as much influence on his art such as customs and mythology of his homeland. The spot in Switzerland is only one point on the residence list by Not Vital. The artist is a modern nomad.

"My real studio is in my head. So it's always where I am right now" he said once. He has a residence in New York City, where he lived for many years in the seventies and closed acquaintance with other artists such as Willem de Kooning, Julian Schnabel and Jean-Michel Basquiat. 1993 Vital also took the U.S. citizenship. In addition to a residence in Lucca in Tuscany the artist often is in Agadez in Niger. In the city on the edge of the Aïr Bermassivs he built a stage decorated with cow horns house ("Mekafoni") and a step pyramid ("Makantara") which is used as a school for the children of the region. He also relates the nomadic people of Tuareg which capital is Agadez, into the production of his work.

Not Vital produces paintings, drawings, graphics and photo work, but the big part of his works are sculptures, installations and interventions, preferably made of natural materials such as leather, wood, stone, plaster, bronze, iron, silver, gold. Center of his work is the nature of the human cycle of life, the eternal cycle of birth and death. For this he uses a simple, very effective language. He let kill two camels and included the dried meat into silver and ceramic balls, which he arranged on the floor of a museum and subtitled "Camel". He paints with snow. He shipped off "21 tons of salt" from West Africa to Bielefeld and installs them in the local art gallery. He buys camel heads from dealers in Africa, pours it in plaster or bronze and lined them up like an army. And as Not Vital can make use of the joy of life, as harsh as it may be, his camel heads looking at a picture of the Georgian artist Niko Pirosmani showing a camel. The title of this 600 square meter installation: 300 Camels looking at Pirosmani.

You can buy works by Not Vital in our shop.

Sleeping Houses (silver, black or white), 2010 - AVAILABLE IN THE SHOP 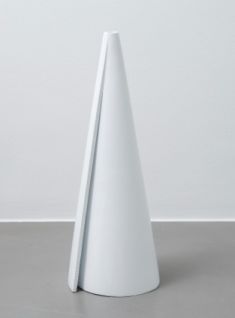 Sleeping Houses (silver, black or white), 2010 - AVAILABLE IN THE SHOP 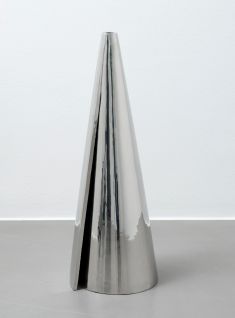 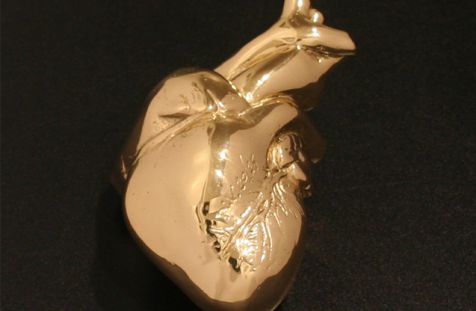