Born in Tokyo in 1940, Nobuyoshi Araki is one of Japan's best known living photographers.  Araki became famous with his erotically charged images for which he empoys the “Kinbaku” tradition, a traditional Japanese form of bondage. In Europe the shots polarize, yet Araki's works have been shown in solo and group exhibitions since the early nineties.

Criticism of Nobuyoshi Araki's works has in the past mainly been directed at his photographies of tied up, scantily clad or naked women with traditional Japanese clothing against the backdrop of classic Japanese interior. Araki is worshipped by millions like a pop star in Japan and women are eager to be photographed by Araki. He stresses that his models decide themselves how they want to be depicted: “Today women knock at my studio door unsolicited”, Araki says. “Not only do they want to be photographed, they also come with sophisticated concepts of what the photo session should be like …”

In the West his works are often collected under the term “Bondage” and have caused irritation with visitors and art critics in Europe. The tying up of the female body has a special tradition in Japan, as does the erotic subject in general. Paradoxically, women understand the Japanese bondage ritual as a self-determined, symbolic captivation. Testimonies speak of bondage being perceived as a liberation of precisely those ties. The women in Araki's photos seem untouchable in a strange way. “Bondage means captivating someone. Kinbaku is like a hug, an act of love”, Nobuyoshi Araki describes the cultural difference. Understandably enough Japanese people appreciate his Kinbaku images, but the Icelandic singer Björk is also a fervent admirer of the artist. Araki took her portrait for the cover of her album “Telegram” in 1996; the singer Lady Gaga had a shooting with the artist in his typical style in 2009.

You can buy works by Nobuyoshi Araki in our shop. 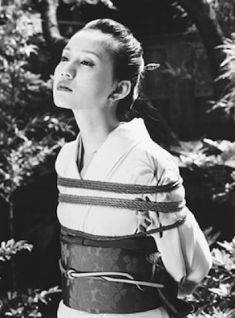 Colourscapes (Watermelon) - AVAILABLE IN OUR SHOP 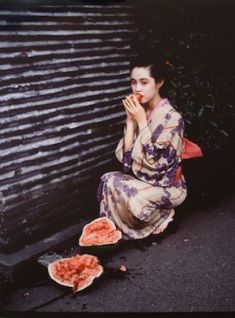 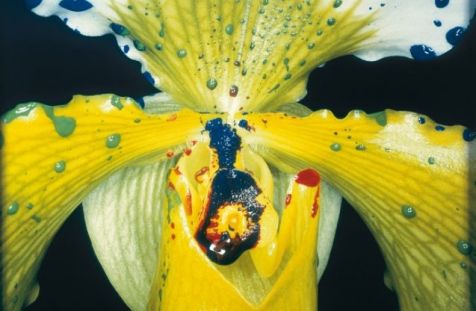 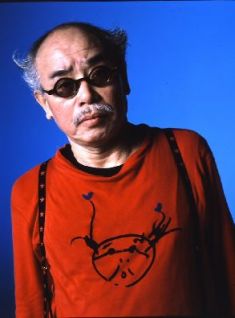 Album cover of singer Björk - photographed by Araki in 1996 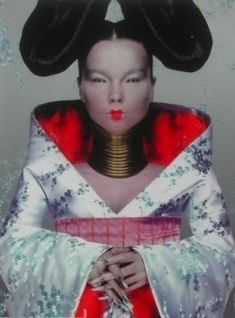