Niki de Saint Phalle (Neuilly sur Seine, 1930 - San Diego 2002) started out as a fashionmodel. During a severe breakdown in 1953, she started painting as a therapy. Meeting the artist Jean Tinguely in 1955 meant a great change in both her private and artistic life. After moving in with Tinguely in 1960, he introduced her to the influential museum director Pontus Hulten, who admitted her work to several major exhibitions. In 1961 the exhibition 'Bewogen beweging' at the Amsterdam Stedelijk Museum together with 'The art of assemblage' at the New York MoMa and a solo exhibition at the already famous Leo Castelli Gallery made her final breakthrough. Together with her husband Jean Tinguely she produced various sculptures, including the famous fountain at the Centre Georges Pompidou in Paris. Her most ambitious project is the sculpture garden in Tuscany, the Tarot Garden, where she created a series of 22 monumental sculptures over the period 1979 to 1996.

A colourful Nana, the motherfigure with the voluptuous body, is the first one thinks of when hearing the name Niki de Saint Phalle. Nana has become a symbol for her oeuvre and it also is close to being an icon of contemporary art. Nana's exist in all shapes and sizes, ranging from minuscule figures that can be used as a box to a 30 meter high giant that will house a museum in the near future. One can walk through a Nana, there are Nanas whose breast are fountains and Nanas who stand on their head. The first Nanas were conceived in 1964, when Niki saw the portrait that the American painter Larry Rivers made of his pregnant wife Clarice. Over the years, Nana evolved from a portrait of Clarice into a symbol of women in general. In spite of that, the Nanas are only part of Niki's oeuvre. The mythical of Biblical figures, the Tarot Garden but also the strange chairs and couches are just as much 'Niki' as the Nanas.

You can buy works by Niki de Saint Phalle in our shop. 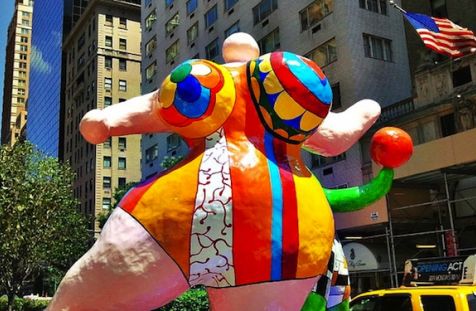 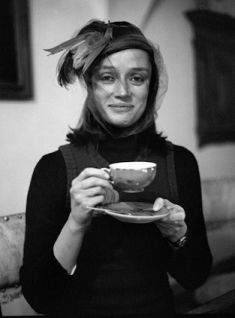 Untitled (from the portfolio “The New Realists“) - AVAILABLE IN OUR SHOP 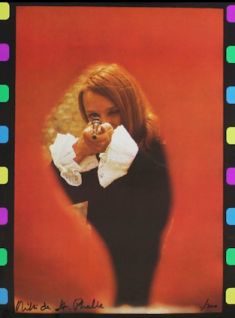 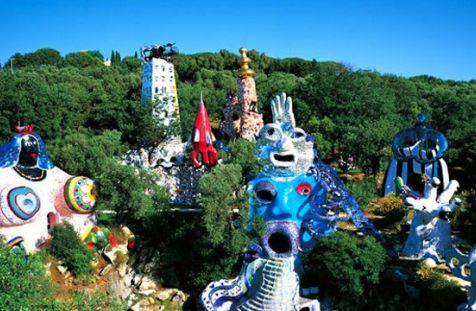