Nelson Mandela had been invited to participate in a programme which would have him drawing a series of works whose sales could achieve great results. The work themselves are fresh, bright, well drawn, iconic symbols of the struggle in South Africa and the triumph over the tyranny of the apartheid years. They are also unique, historic and extraordinary.

It is always fascinating to see art drawn by someone known in a different context. In May 2002, he began a series of sketches with the subject Robben Island. He revisited the island, scene of some of his most painful years with its cruel repressive regime. Images of his cell, Table Mountain from the beach, the lighthouse, church, quarry, guard towers and many other scenes were photographed.

At his home, under the watchful eye of his art teacher Varenka Paschke, a young South African artist, he quickly adapted from being a world leader to a budding artist. Varenka guided her student providing assistance with the basic composition of the sketches and method of the colour applications. Nelson Mandela completed over 20 sketches that include images he found meaningful, both symbolically and emotionally, during the period of his incarceration on the island.

Possibly the most interesting- certainly the one which caused the most media attention was 'The Window'- not because it has a view of Table Mountain- inaccurately described in one newspaper as the view from Mandela's cell, but because it is so imaginative, with brilliant colour and composition. The eye is drawn to the screws around the metal window frame: how often he must have contemplated them. Asking him about the strong orange and maroon colours in 'The Window', he told us "That window, you know, was actually a window to the world, because I could see quite a lot. I could see my mental horizons expand".

Nelson Rolihlahla Mandela was born in Transkei, South Africa in 1918. His father was Chief Henry Mandela of the Tembu Tribe. Mandela himself was educated at University College of Fort Hare and the University of Witwatersrand and qualified in law in 1942. He joined the African National Congress in 1944 and was engaged in resistance against the ruling National Party's apartheid policies after 1948. Mandela was arrested in 1962 and sentenced to five years' imprisonment with hard labour. In 1964, Mandela was sentenced to life imprisonment. From 1964 to 1982, he was incarcerated.   During his years in prison, Nelson Mandela's reputation grew steadily. He was widely accepted as the most significant black leader in South Africa and became a potent symbol of resistance as the anti-apartheid movement gathered strength.   Nelson Mandela was released on February 11, 1990. After his release, he plunged himself wholeheartedly into his life's work, striving to attain the goals he and others had set out almost four decades earlier. In 1994, he became president of South Africa (until 1999), and he received the Nobel Peace Prize in 1993.

You can buy works by Nelson Mandela in our shop. 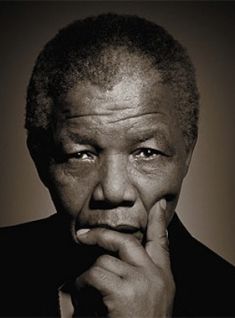 Impressions of Africa, 2003 - AVAILABLE IN THE SHOP 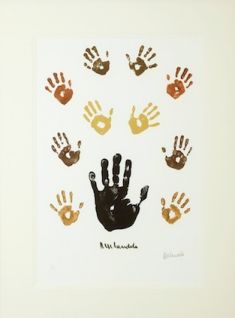 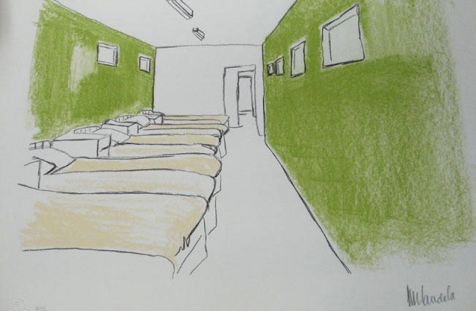 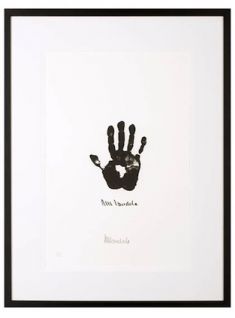 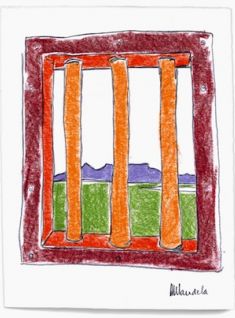