Michael Reisch was born 1964 in Aachen, Germany and is a visual artist and photographer. He studied 1985 at the Stadsacademie voor toegepaste Kunsten, Maastricht and 1986 - 1991 at the Gerrit Rietveld Academie, Amsterdam. Reisch had international and national exhibitions. His works are exhibited in the Los Angeles County Museum of Art, USA, the National Gallery of Scotland, Edinburgh, Scotland and the Photomuseum Winterthur, Switzerland. He lives currently in Düsseldorf, Germany.

Reisch creates large scale Photos. in which not only the photographical production process plays a crucial role, but most of all the digital image processing. Between 1991 and 2004 emerged the group "Architekturen", where the architecture of the 1970s was shown. Since 2002 several group of works such as "Landscapes", 2002-2006 and "New Landscapes", 2007-2010 were created. Since 2010 he devotes himself to the group of works callled "Ohne Titel" (Unititled) 8/, 14/, 15/ and reinforced the camera-less, the abstract or concrete photography. Since 2012 Reisch works on the computer supported simulation of objective photographical images. In 2014 the curator Emma Lewis coins the phrase "inverse photography" in coherence with Michael Reisch's work, who indicates that in his works objects or phenomena are not transformed into "information" in a conventional way, but rather conversely from now on "informations" and digitale files are chosen as starting point of the "photgraphical" work process. 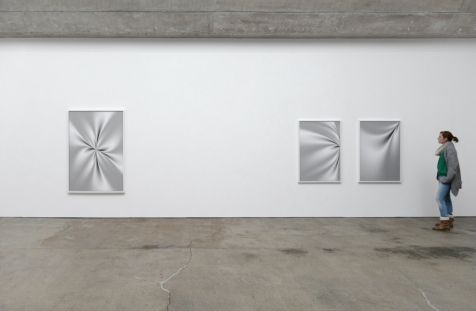 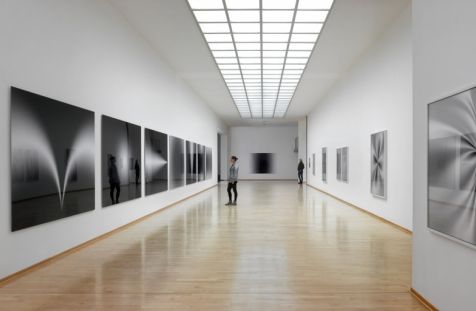