The Pin-up-Girls made Mel Ramos famous. The American artist has been reinventing the image of the nude beauty since the 1960s. Then, he was exposed to enraged criticism, today his unconventional advertisement images have cult status. In his images Mel Ramos dismantles the clichés of the advertisement industry with critical and ironic distance. The nudes lean lasciviously against ketchup bottles, stand in filled Coke bottles or loll out of chocolate bars. Even today this is not for everybody, but Mel Ramos dismisses all the accusations as not applicable. His popularity and  success prove him right.

Mel Ramos was born in Sacramento, California, in 1935. He studied art at the Sacramento Junior College from 1954 and transferred to the Sacramento State College one year later. There Mel Ramos was taught by Wayne Thiebaud, who greatly influenced the young Ramos. Under Thiebaud's influence Mel Ramos began working with Pop Art style; comic figures like Batman and Superman appeared in his works from 1961. During this time Mel Ramos was close to the so-called Bay Area Figurative School, a movement that distanced itself from the omnipresent abstract expressionism of the 1950s.

Mel Ramos held his first solo exhibition at the Bianchini Gallery in New York in 1964, three years later another important exhibition followed in the San Francisco Museum of Modern Art. Ramos taught as a professor at the California State University in Hayward from 1966 to 1997.

The first Pin-up Girls came into his works in 1963. They “advertise” different commodities and goods with provoking gazes, confident poses and exuberant sex appeal. These works are a tongue-in-cheek parody of the seemingly eternally valid strategy of the advertisement industry. These images would be the trademark of the Californian artist for decades.

Mel Ramos satirized the nude paintings of old masters such as Ingres, Modigliani and Manet in his “Unfinished Paintings” from 1972. The Pin-ups with their shamelessly erotic aura are also present in these works. In other series Mel Ramos imitates the style of Willem de Kooning and antique sculptures. In art historical terms Mel Ramos is counted to Pop Art and is, beside Andy Warhol and Roy Lichtenstein, one of the movement's main representatives, however with the characteristics of the West Coast. Mel Ramos concerned himself with landscape painting in the 1980s, he also created self portraits during this time. Mel Ramos has been living and working in Oakland, California and Horta de San Juan in Spain since 1992.

You can buy works by Mel Ramos in our shop. 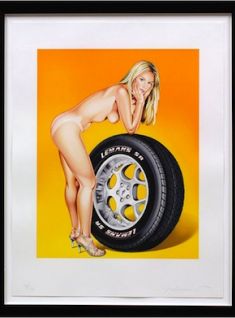 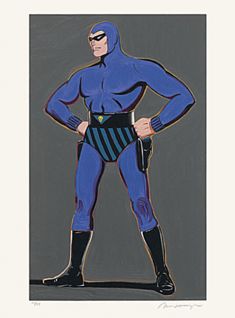 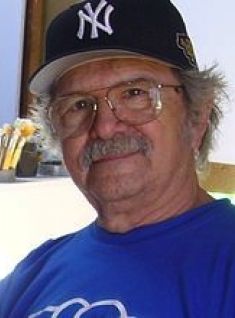 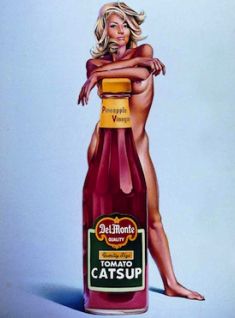