Matthias Weischer who comes in the Westphalian Elte to the world in 1973 , is considered one of the main exponents of the figurative contemporary art and in particular the " New Leipzig School " . His studies completed Matthias Weischer between 1995 and 2000 at the Academy of Visual Arts in Leipzig , where he followed for three more years is a master student of Sighard Gille . 2004 shall Matthias Weischer the price of the " Rolex Mentor and Protégé Arts Initiative " and will be supported until 2005 by David Hockney . Matthias Weischer is first known through his painting . In his pasty interiors that modernize a traditional genre , the artist questions the abstract and dimensional structures of deserted premises . Also, references to the history of art can be found in this part of the surreal touching paintings. Besides painting also provides the graphics a substantial part of the oeuvre . As Matthias Weischer 2007 as a fellow working in the Roman Villa Massimo and more frequently moved his activities in nature , he begins to increasingly deal with graphical means of expression. In partly colored drawings , etchings , linocuts and lithographs are now emerging , particularly intense from 2010 , landscapes and interiors. Matthias Weischer can soon after completing his studies celebrate the breakthrough and is now a permanent fixture of the international art world. His work has been shown in prestigious venues such as the Museum of Contemporary Art in Los Angeles , the Goetz Collection in Munich , the Gemeentemuseum Den Haag or the Museum of Modern Art in Frankfurt am Main . Matthias Weischer lives and works in Leipzig . 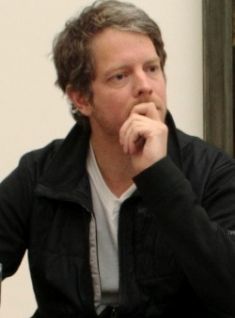 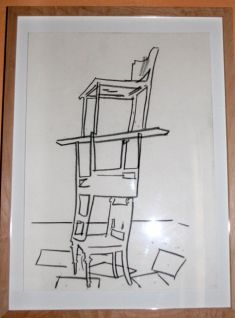