Matt Saunders was born in 1975 in Tacoma, Washington. He received a BA in Visual and Environmental Studies from Harvard College in Cambridge in 1997. He completed his MFA in Painting and Printmaking in 2000 at the Yale University School of Art in New Haven, Connecticut, and moved to Berlin in 2002.

Saunders makes paintings, drawings, photographs, and animated short films. He often works with oil, metallic ink, and cut paper on both sides of Mylar sheets or unprimed canvas. Through an early introduction to the performative films of Jack Smith and Andy Warhol. His source imagery has included Polaroids taken of movies playing on his television screen, found portraits, and publicity stills. The subjects of his work are often obscure film muses who were iconic at one time and who hold personal significance for the artist based on their fleeting, sometimes tragic celebrity. He focuses on such figures as the Warhol film star, American Joe Dallesandro; German actor Udo Kier; Danish silent film star Asta Nielsen; and German actress Hertha Thiele, among many others, all of who repeatedly appeared and disappeared throughout 20th-century avant-garde cinema.

In 2006 Saunders completed his first 16 mm film, Double Matti. Inspired by Finnish actor Matti Pellonpää's death and made from more than one thousand ink drawings on Mylar systematically executed as a sequence of film stills, the animation is projected onto two screens. In this same year, Saunders began exhibiting large black-and-white photographs printed from hand-drawn or painted negatives. 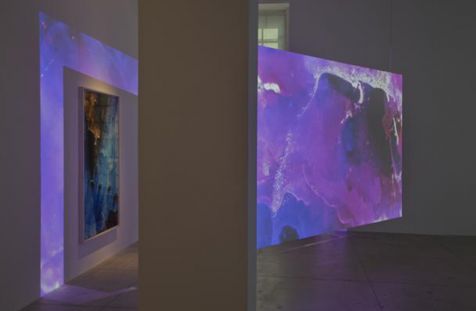 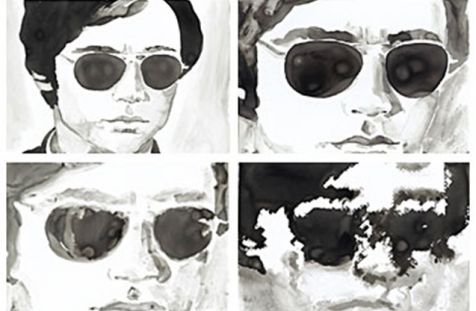