In her work, Matali Crasset questions the patterns that dominate our daily lives. Her intention is to create things that encourage us to free ourselves from set behaviour patterns. Thus she develops objects circling around principles as modularity, appropriation, flexibility, and network. She became acquainted to a wider public with her work "Quand Jim monte à Paris" (When Jim goes up to Paris) which is focused on hospitality – a matress that can be convolved and stored space-savingly in an upright position.

Matali Crasset was born in 1965 in Chalons en Champagne in France. She graduated at Les Ateliers, Ecole nationale supérieure de création industrielle in Paris, and she still lives and works in Paris today.

Crasset designs objects that are helpful in everyday life, but her proposals are never a mere improvement of what already exists. She envisions herself a scientist and a futurologist. With both a knowledgeable and naive view of the world, she questions the obviousness of codes so as to facilitate her breaking these bonds. In doing so, she leaves the traditional territory and works interdisciplinary in the areas of crafts, set design, furniture, architecture, graphics, textiles, as well as fair trade, music, collaborations with artists and municipalities and communes.

The French designer, who was nominated Designer of the Year in 2006 by the Salon du Meuble (Paris), worked with Philipp Starck from 1993 to 1998. Since then, Crasset has had her own atelier in Paris. Crasset's designs have been realised for a number of prestigious brands, including Hermès, Edra, and Artemide.

Many of her objects can be seen at private and public institutions, including the collections of the Museum of Modern Art New York, the Victoria and Albert Museum London, and the Musée d'art decorative in Paris.

You can buy works by Matali Crasset in our shop. 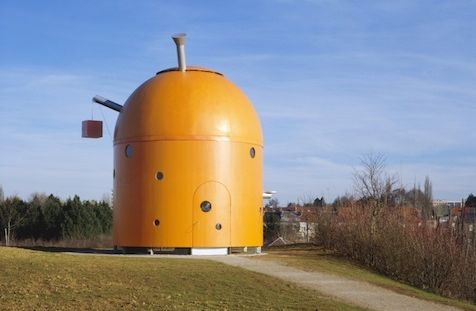 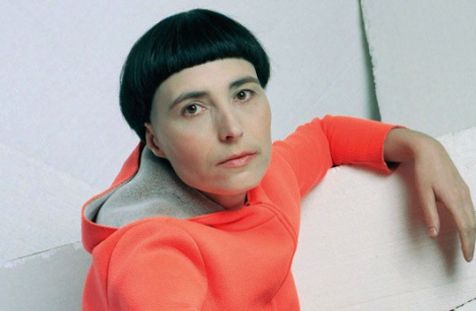 An eco lodge in the south Tunisian desert © Jérôme Spriet 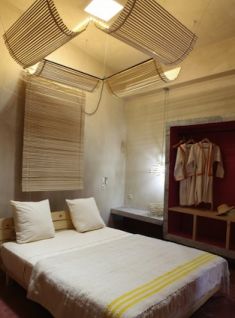 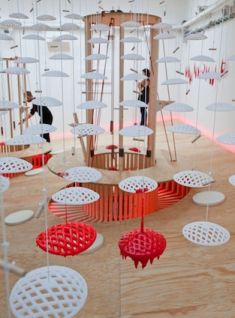