Massimo Vitali (*1944 in Como, Italy) is famous today mainly for his photos of crowds of people. He discovered the subject for himself in 1994 and has since travelled the world to capture gatherings. His best known and most frequent motif is the beach. The photographer uses the camera as an instrument for social research, with it he explores what happens when many people meet in public spaces. He does not only photograph beaches, however: people picnicking in the Paris Jardin du Luxembourg, visitors of an air show in Viareggio and crowds of tourists on the St. Mark's Square in Venice are among his motifs. He travelled as far as Brazil for his photography, were he toured the country and captured different landscapes: from the urban density of  São Paolo and Rio de Janeiro to the empty beaches in the north-east.

After graduating from school, Vitali moved to London where he studied photography at the London College of Printing. In the early 1960s he began working as a photo journalist and cooperated with various Italian and European magazines and agencies. He changed careers in the early 1980s when he began working as a cameraman for television. He never lost his strong connection with photography however and eventually turned back to it.

Vitali says that he began his series on Italian beaches due to his impression of drastic political changes in Italy. He started closely observing the people around him, noticing the disturbing smugness and consumption-based leisure culture of the Italian people.

Vitali has since scrutinized the hustle and bustle from afar, he captures the thoughtless activities and interactions with the environment in stunning detail.  The results of his globetrotter-projects have been on exhibit all over the world and presented in two publications: “Landscape and Figures” and “Natural Habitats”. Commissioned works led him to explore other subjects as in his images of Naples for the report “The Camorra never sleeps” on Southern-Italian criminal conglomerates.

Vitali lives and works in Lucca, Italy as well as Berlin.

You can buy works by Massimo Vitali in our shop. 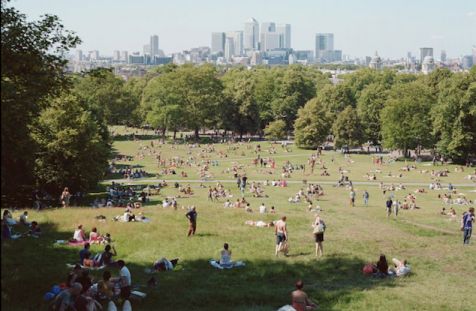 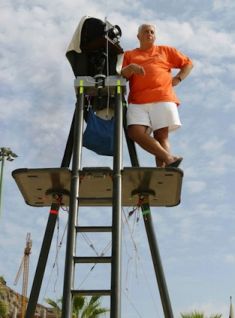 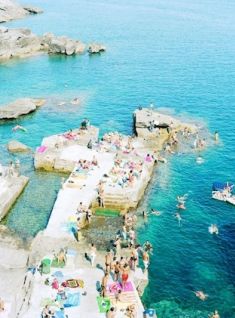 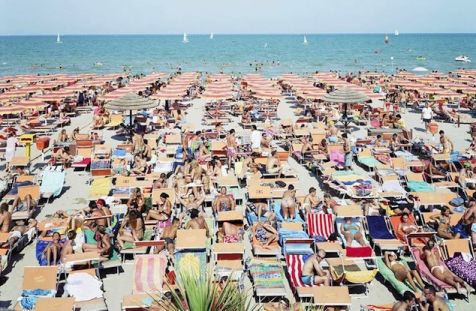