He drew the greatest attention with his installation "The Running Tap," in which he planned to let a water faucet run for a year in the kitchen of a London gallery as a protest against problems with London's private water company. However, the project was stopped.

Mark McGowan asks himself this question constantly. Everything can be made into art. In his performances, he deals with current problems or everyday events, on the street or in public places. They irritate, provoke, annoy, shock, evoke laughter or sadness. The audience is often part of the performance. Whether he cooks and eats pieces of dog in protest of Prince Philip's fox hunting, whether he lies on the ground dressed as a soldier in the pedestrian area of Birmingham, whether he crawls in the streets of Manhattan wearing a mask of former president George W. Bush and a "kick my ass" sign on his behind, Mark McGowan's work is diverse and thought-provoking. He makes the impossible possible, pulling a crowded bus throughout London by just one toe, or pushing a peanut with his nose for more than eight kilometers from Goldsmiths College to 10 Downing Street.

Born in 1964 in London, the artist studied at Camberwell College of Art, where he has since served as a visiting lecturer. Numerous exhibitions and performances by Mark McGowan can be seen within the country and around the world.

You can buy works by Mark McGowan in our shop. 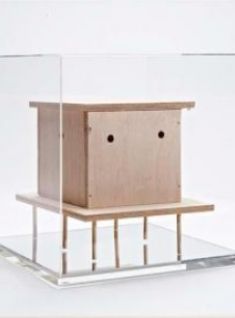 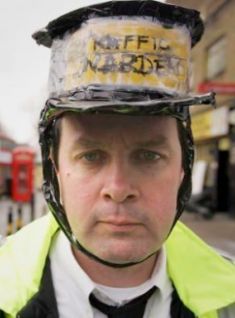 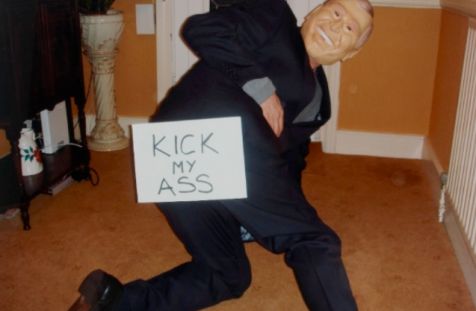