Mark Blezinger is a pioneer in the field of technical features. His visual aesthetic however is disconnected from any kind of temporal or spacial limitation. It is a mystical world in black and white, populated by magical, surreal characters, often taken from mythology. The rich and dense compositions derive not least from his background in theatre and film. Mark Blezinger was born in Baden-Baden in 1962. He studied theatre and philosophy in Paris and went on to work as an assistant director for Luc Bondy, Klaus-Michael Grüber, Peter Stein and Andrzej Wajda, among others, at the Schaubühne am Lehniner Platz in Berlin.  He went back to Paris in 1989 and toured France and Europe to work as a stage director and designer at different festivals and theatres.

Beside several projects, such as theatre together with Bob Wilson or documentary film with Heiner Müller, he turned to and taught himself in the emerging digital image editing in film and new production techniques. He produced different video stage sets for theatre and opera productions. In the late 90s he increasingly worked as a director and cinematographer for short and documentary films, mainly for Arte, French and Swiss TV.
He started to freelance as a photographer and created multilayered film-stills which he transformed into elaborate 3-D images using the Alioscopy, an auto-stereoscopic precision technology, invented by Pierry Allio. It is a new art form between photography and visual sculpture, with the optical effect of photographic painting and 3-D reliefs, Blezinger regularly and successfully exhibits them in international galleries and at art fairs. Mark Blezinger is currently one of the rare artists working with lenticular photography, but the only one working composed photography with Alioscopy. He compiles 60 single frames to create photographical relief images of extraordinary depth. The individual objects that make up the composition in the end are photographed with different optical systems, like for example a real-time 8-lens camera for video works, and later put together on the computer. The result is a 2D-photography that shows a mixed image by Alioscopy software. This image is covered with a lenticular foil and illuminated from the back, which creates and reenforces the interesting 3-D effect without glasses.

You can buy works by Mark Blezinger in our shop. 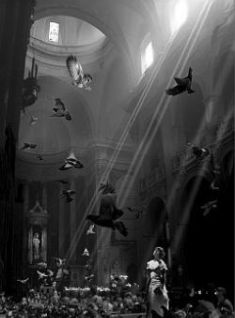 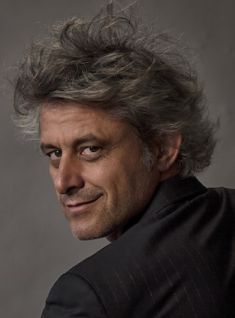