Marilyn Minter (*1948) focuses on the depiction of eroticism and femininity in her art. She uses her own photographs as motifs for her hyperrealistic paintings, which she creates by applying enamel gloss paint onto aluminium plates. She shows glamorous close-ups of beautiful, flawless women – often large paintings portraying only lips, eyes or feet. The artist counteracts the perfect surface by including disturbing elements in the images. The models wear bejewelled stilettos on their feet, but Minter has them stomp through a puddle. Thick, golden paint drips from sensual lips, yet it discolours and besmears the teeth. “Her art illuminates aspects of life nobody else captures. These moments are not perfect and show the fragility that permeates them”, Minter says. The details she shows in her works subvert the perfectly styled overall picture and thus destroy the illusion we are similarly presented in advertising.

Minter was considered an insiders' tip until 2005, when she suddenly had her first large museum exhibition in the San Francisco Museum of Modern Art. The American fashion designer Tom Ford engaged her to shoot photos for him, and in 2009 Madonna showed her film “Green Pink Caviar” as a stage background at her “Sticky & Sweet” Tour. Since then, the artist has gained recognition and collectors worldwide. She had to wait for her success – her “porn pictures” from the eighties were considered dingy. The long wait and struggle for acknowledgement shaped and humbled Minter: “I was in a kind of coma for 15 years. The next ten years, I was told that I produced nothing of avail”, she said. “When success came, I had the right tools. I am just doing my work, I might be successful today, but it can change tomorrow.” For more than 20 years her art was either ignored or slammed. For a long time she was not able to make a living from her art and supported herself by teaching. She never gave up, however.

Her big achievement is that she always rebelled against the taboo of a female artists creating erotically charged art. Her unconventional depictions of eroticism, sexuality, money and glamour are still cutting comments on the decadence and abysses of society.

Minter felt the desire to show and expose intimacy early on, which might be connected with her tough childhood. Her first large series “Coral Ridge Towers”, which she showed during her studies at the University of Florida, shocked her fellow students: She photographed her drug-addicted mother, who was fond of make-up but spend most of her time in bed. Later she studied at the University of Syracuse in the state of New York and spend the 70s in New York's wild East Village. The time she spend there was shaped by cocaine and alcohol, as well as two rehabs.

This is history now. Today there are wait lists for her works, for which collectors pay as much as 400 000 dollars. Minter has a small team of assistants who support her in creating larger works. This is unusual for a female artist, as she is one of the few running a factory like many of her male colleagues. Minter had never been afraid of being different, which is certainly one of the reasons for her success.

You can buy works by Marilyn Minter in our shop. 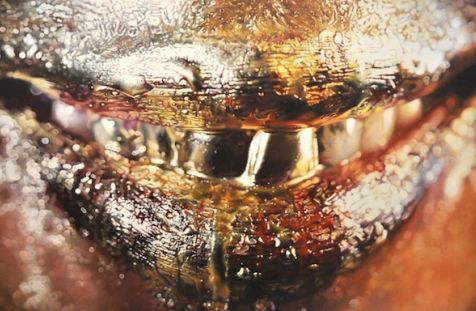 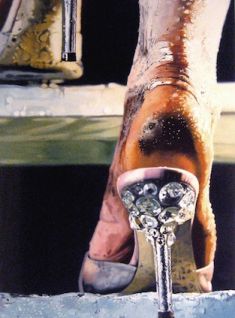 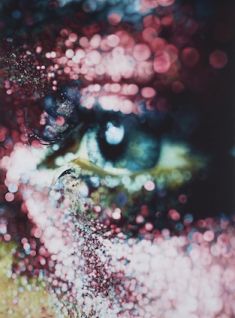 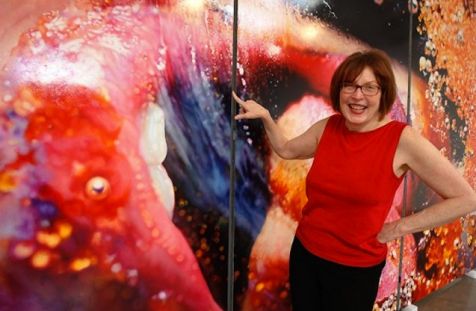