Marc Brandenburg says that he was not interested in beauty, but inspired by unsettling images. The artist depicts the everyday life he perceives: Scenes from Berlin's nightlife, the gay and left subculture, rituals of football fans, friends, toys.

He uses his own photographies as template for his graphite worlds, with the help of computers or photocopiers he inverts and distorts them, then he retraces those negatives in an ecstatic process. “I find the clash of the classic drawing tool and a contemporary medium very exciting. I work with photographic templates, but draw everything freely. Nothing is traced”, the artist explained. This reversal causes a strange abstraction of the depicted, it shows the essence of everything visible in all its harshness. But it is not the single image that makes a statement: Brandenburg often arranges his drawings like a storyboard for a film, like a laid-out flip-book without movement. This creates stories and dialogues.

Brandenburg was born in 1965 as the son of a German woman and an American GI and spend his childhood in Detroit. At the age of 12 he moved to Germany with his mother. Berlin's underground soon became his new home, he as a punk, street kid, bouncer, bartender and fashion designer.

Brandenburg's works are part of public collections such as the Museum of Modern Art in New York.

You can buy works by Marc Brandenburg in our shop. 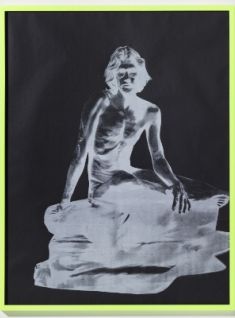 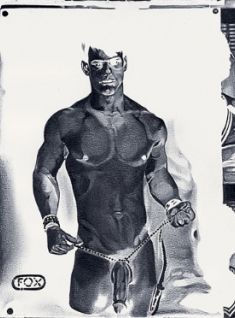 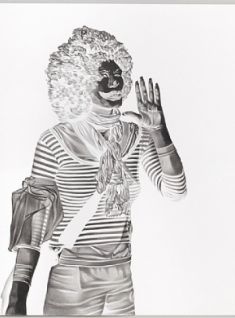 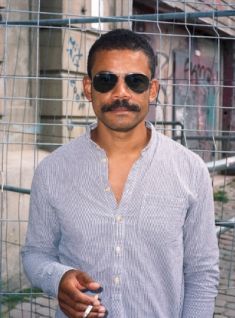