"Television means a variety of images and a lack of experience." Within me there is a huge mistrust of media images and also against my own images" says Luc Tuymans.

The Belgian painter deals with current and historical events which are mediated by the media. He questions the laws of image production and their filters, which vary depending on the medium and are included automatically. Luc Tuymans belongs to a generation of painters who have investigated with narrative themes since the 90s explicitly, and therefore also with the question of what forms of figurative art are possible today. His topics range from child abuse to the Belgian colonial history, the Holocaust to 9/11. But often the occasion or the motive of their creation is hidden in the pastel-colored or gray-toned painting, by taking up just some of those pictures and press clippings on which they fall.In addition, these fragments sometimes are much reduced, revised or alienated.

Luc Tuymans gained large attention in 1992 with his first participation in Documenta IX in Kassel. In 2001, he represented Belgium at the Biennale in Venice.The art market has pushed his career within just a few years and let him become a highly paid painter. The giant still life in 2002 which was shown at the Documenta 11, is paradigmatic of Luc Tuymans' choice of subject. The seemingly painting titled "Still Live" shows only a few objects - fruit and a pitcher of water. It revolves around the question of whether after 9/11 you could still paint still life - analogous to Theodor W. Adorno's thesis that poetry after Auschwitz is barbaric.

Luc Tuymans' paintings effect undercooled, alarming and denying. A significant proportion of the partly morbid atmosphere has a very own color: the painter uses a color spectrum of a cool look, the shades often seem faded or yellowed. Faces appear pale, greenish, unhealthy. Often the image space remains vague, things appear unrelated to their environment or to a tangible space. Luc Tuymans questioned in this way the collective visual memory - in the knowledge that his work itself will go down in this image memory.

You can buy works by Luc Tuymans in our shop.

AVAILABLE IN THE SHOP 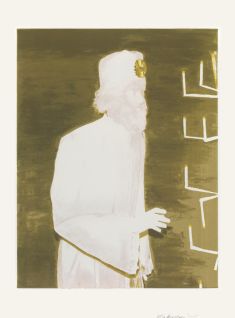 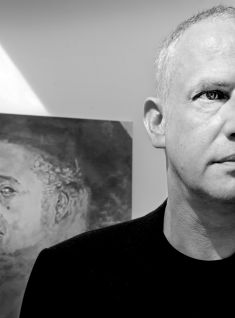 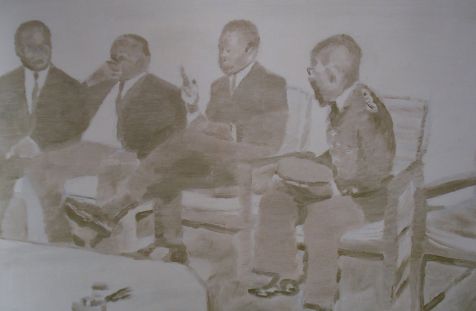 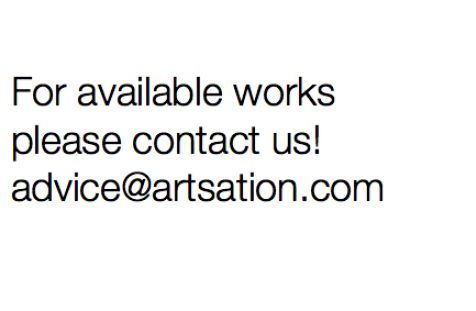