Leonhard Hurzlmeier (*1983 in Starnberg) explores the world of geometry in his works. In vivid but not garish colours he paints lines, triangles, rectangles and trapeze, which converge and coincide, creating works of playful ornamentation. In his more recent works, Leonhard Hurzlmeier is drawing closer to a more figurative style. However, without neglecting his geometric approach.

By approaching the paintings of Hurzlmeier, the viewer realizes, that the supposedly even canvases feature a very detailed structure. The artist accentuates the ‘scars’ of the entire painting process and thereby creating an interesting contrast between the calculated motive and the organic feeling of the paintings. Hurzlmeier paints on already used canvases, whose surfaces he completely repaints, however, he allows the ‘old’ texture to shine through and by doing so, his works become immanent documents of time.

Leonhard Hurzlmeier studied at the Akademie der Bildenden Künste in Munich, where he graduated in 2011 in the master class of Prof. Jerry Zeniuk. His thesis work of art is a large-sized, three-dimensional wall piece which won him the E.ON Bayern cultur prize in 2011.

You can buy works by Leonhard Hurzlmeier in our shop. 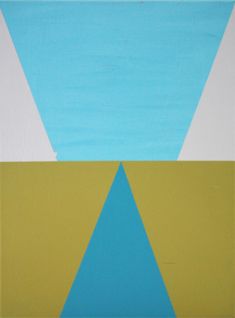 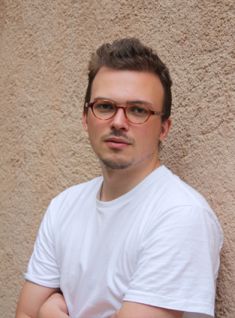 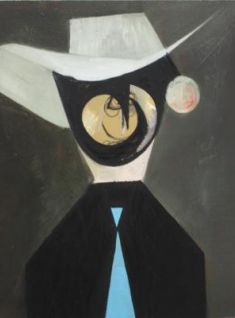 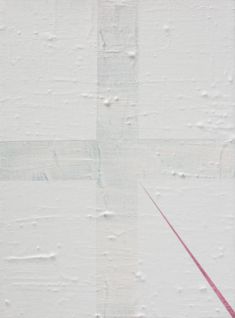