Hornsleth’s works, whatever medium, are countercultural in every sense of the term, at once toying with, exploiting and criticizing popular culture through their defiant attitude to social conformity. Driven by the symbolic representation of his own name, Hornsleth’s work succeeds in engendering its own momentum whilst simultaneously questioning the nature of publicity and celebrity culture at large. Often described as a cross between Friedrich Nietzsche, Andy Warhol and Dr. House, one can always expect a certain playful or egotistical madness in Hornsleth’s work, refreshing and invigorating in its capacity to shock.

There seems to be at least two contradicting approaches in the work of Hornsleth. Firstly his confrontational navigation through contemporary culture built on his own philosophy which he calls Futilism, making one capable of using futility as such in a most constructive way. Secondly his manic insisting of developing a symbolic representation of his own name, ‘Hornsleth’, emblazoned across countless works he's produced that now reach out all over  Denmark and around the world. The word is ‘Hornsleth’, questioning the beauty of manipulation in an often countercultural manner and further questioning if the publicity in itself is more important than the products it endorses, now spreading from branding Lamborghini's to sculptures, provocative photographs, and people themselves. Where does all this leave the contemporary person?

The Hornsleth village project uganda saw every individual in a village change their name to Hornsleth, in a simple exchange for a pig or a goat, and outrage ensued. Headlines spread across the world, and questions about ethics arose, but you didn't hear the villagers complain? Or should we say the Hornsleths? The Hornsleth Arm investment corporation drives questions home about the accepted face of capitalism, and the nature of human relations to safety versus cruelty and how commerce can spread the dilemma. Once the message is seen, it's not forgotten. The Deep storage project is energizing a clarion call to mankind to try and save itself from itself, and utilizing art in a way that offers a potential chance to fight for the future of our species from today. 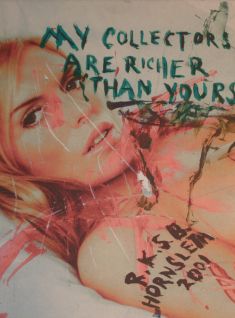 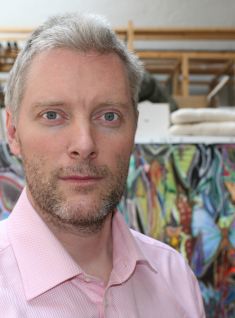 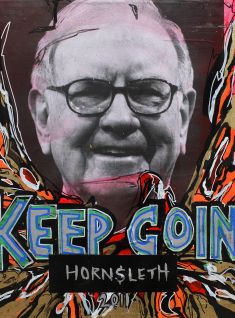